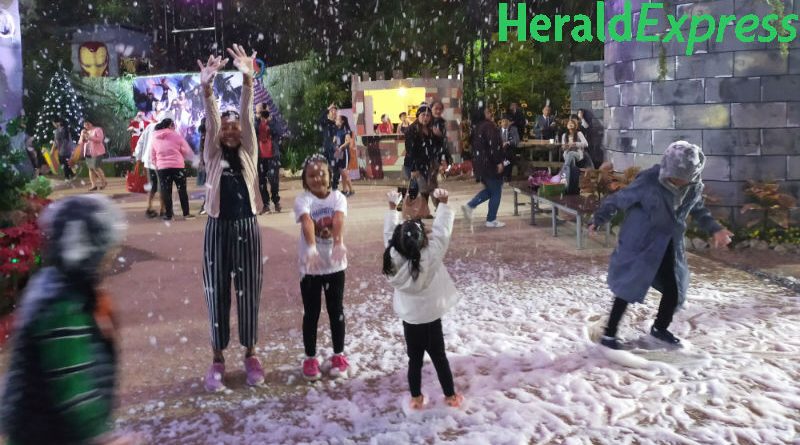 BAGUIO CITY – The local government commended the management of the Baguio Country Club (BCC), the only exclusive club in this mountain resort city, for annually coming up with unique offerings of its Christmas Village that serves as an added tourist attraction for residents and tourists.

Mayor Benjamin B. Magalong personally graced the soft opening of the BCC Christmas Village Wednesday afternoon where he was able to witness the theme of this year’s presentation of one of the major crowd drawers in the city during the Yuletide season.

The local chief executive, together with BCC general manager Anthony de Leon and other guests, participated in the ribbon cutting of the event that will run up to the first week of January next year to spice up the Yuletide season celeb4rations in the city.

He added that BCC’s Christmas Village will compliment the local government’s initiative to have an enchanted Christmas in the city in partnership with the Baguio Tourism Council (BTC) and other private organizations.

“Our Christmas celebration in the city will be fun and exciting because of our unique offerings for this year in partnership with the private sector that will play a key role in the implementation of our programs and projects,” Magalong stressed.

He claimed that the city’s enchanted Christmas will be featured in the Rose Garden, thus, the BTC led by its interim chairperson Gladys Vergara de Vera is at the height of the preparations for a unique attraction in the city during the Yuletide season so that tourists will have all the reasons to prioritize Baguio city in the list of places that they intend to visit during the break.

For this year, BCC embraced the famous movie Avengers and the Game of Thrones as its special feature in its Christmas Village with the use of its recycled materials from its ongoing renovation projects for the same to be maximized and provided added attractions to the village goers during the Yuletide season.

BCC institutionalized the conduct of the annual Christmas Village with different offerings every year as its contribution in boosting the local tourism industry during the Yuletide season so that people will have new attractions to see for themselves when deciding to spend a well-deserved vacation in the city.

The Christmas Village will be in full operation this week to provide early attractions for both residents and visitors who want to have a feel of the Yuletide celebrations in the city under the present administration that promised to do its best to make a better Baguio.

One of the city’s expected guests during the Yuletide season will be the famed Philharmonic orchestra who will be accompanied by Manila City Mayor Isko Moreno that will help spice up the city’s tourism industry, especially during the expected prolonged holidays during the Christmas and New Year celebrations in the city.

He assured the public that there are numerous tourist attractions that can be seen around the city during the Yuletide season that is why they must now book their reservations early so that they will not be left without anywhere to stay.