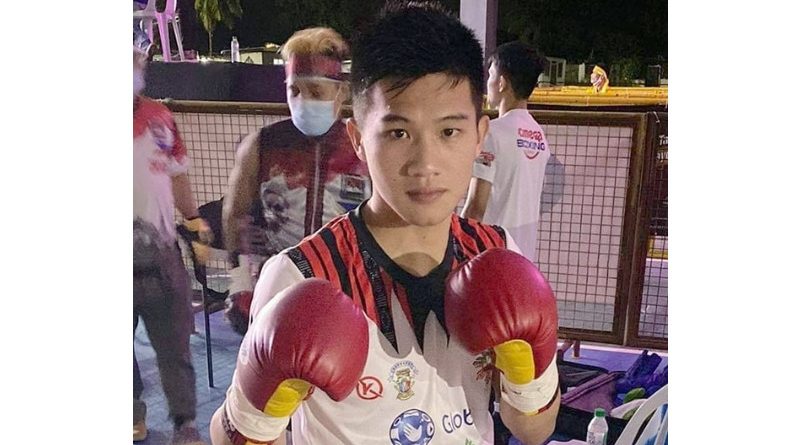 While most citizens found 2020 a year difficult to end with a recovery, Carl Jammes “Wonder Boy” Martin’s closed out his year in better conditions as he was gifted with a pledge of support from a corporate sponsor and survived a tough opponent to retain his unblemished record.

Globe, always on the lookout for promising athletes and potential world champions, pledged its support to boxer Carl Jammes Martin prior to taking on the veteran fighter from the South in a bantamweight showdown last December 18, 2020, in Cebu City.

“We see the vast potential of Carl as the next Filipino world boxing champion. Despite his young age, he shows discipline, humility, and hunger to be the best in his chosen sport. We would be more than happy to help him realize his dream of bringing glory and fame to the country just like what Senator Manny Pacquiao has done and continues to do so until now,” said Ernest Cu, Globe President and CEO.

Martin had been touted by some scribes and fans as the second coming of eight-division world champion Senator Manny Pacquiao, also a Globe Ambassador.

While Martin was quick to defuse this notion back in 2019 by saying he wanted not to pattern his game to the Fighting Senator, he acknowledged his training led him to the fighting same style.

Martin, however, may not be a bad Pacquiao impersonator if he continues his impressive showing in future bouts.

Martin do possess a handful of Pacquiao traits that make many Filipinos compare the young Igorot phenom to the famed boxer.

Aside from the fighting style, Martin, like Pacquiao, is also an aggressive southpaw fighter. He also has a developing footwork and quick hand speed.

Probably inspired, the boxing sensation from Hingyon, Ifugao the proceeded to survive the tough challenge of Richard Rosales of Bohol to hack out a unanimous decision victory during “Kumbati 7” held  at Mandaue, Cebu.

While the career fight record of Rosales before the fight, 14 wins – 13 losses – 2 draws, seem not to pose a threat to Martin’s immaculate record, the 27-year old brawler was a tough customer in terms of taking a punch.

Martin visibly threw heavy leather throughout the fight and was bent on sending his adversary to the canvass but Rosales took Martin’s punches ins stride and even goaded him to throw more by standing in a ring corner with hands down several times, especially during the latter stages of the fight.

Martin did obliged but couldn’t take his rival down and had to settle to a unanimous decision victory. Two of the judges posted a 100-90 shutout score while scoring referee Teddy Alivio had it 98-92, all for Martin.

It was only the second time Martin failed to end a bout before the final ring. The other time was when he won his fourth bout against Jason Buenaobra on April 2017, also by unanimous decision by going the full eight rounds.

Martin is currently the holder of the Philippine Boxing Federation bantamweight crown.

He won the then title vacant title after stopping Benezer Alolod on September, 2020 and successfully retained it three months later by knocking out Philip Luis Cuerdo.

He is also currently ranked top contender by the WBC – Asian Boxing Council as well as the WBA Asia Boxing Association.

He is rated the 39th bantamweight by the World Boxing Council.