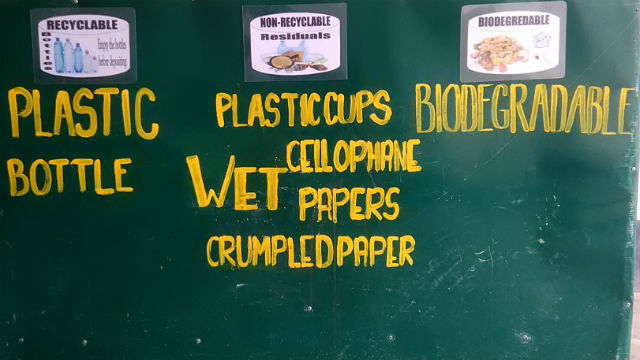 BAGUIO CITY  – Hundreds of porters in the city’s public market expressed their support to the local government’s clean and green campaign ad to reduce the volume of pickpocketing incidents for the sustained law and order in the market.

The commitment of the porters was made during recent consultations conducted by the Committee on Market, Trade, Commerce and Agriculture chaired by Councilor Leandro B. Yangot, Jr. who assured them that through the initiative of the committee members, cash rewards will be given to the porters who will be able to arrest individuals involved in pickpocketing incidents in the market area.

“We are grateful to our porters who were willing to be organized and become active supporters of the local government in the strict implementation of cleanliness and orderliness in the public market. We have to tap our porters who will serve as our force multipliers to make sure that market goers will be protected from the evil motives of people wanting to take advantage of market goers,” Yangot stressed.

Earlier, some 750 porters from the different sections of the public market heeded the call of the local government for them to assist local officials and employees and law enforcers in the strict implementation of existing ordinances, rules and regulations to guarantee sustained cleanliness and orderliness around the market which is the city’s show window for the increasing number of visitors.

Yangot added after the organization of the porters shall have been put in place, the council committee will try to look into the possibility of issuing the required color-coded identification cards for easy identification, and for market-goers to be aware of whom they seek assistance from once when in need of help for whatever purposes.

According to him, the cash rewards that will be given to the porters who will be able to apprehend individuals involved in theft and other incidents that affect law and order in the market will be immediately given out to them to continue to inspire them to be active partners of the local government in improving the cleanliness and orderliness in the market to help attract residents and tourists alike to frequent the facility.

Yangot explained the porters play a key role in keeping the market clean and orderly because they extend whatever assistance not only to the stallholders and vendors but also to residents and tourists alike who visit the various sections to purchase their desired goods.

While the local government is awaiting the kind of development that will be implemented in the market, the chairman of the committee underscored it is still important to continue improving the state of the market through the implementation of various programs and projects that will benefit the concerned stakeholders.

Currently, the local government is still awaiting word from the management of Uniwide Realty and Sales Development Corporation whether or not it is still financially capable of implementing the desired development of the public market after the Supreme Court upheld the constitutionality of an ordinance that prescribed the rules and regulations for the development of the public market and the validity of the market development contract entered between the city and the developer.