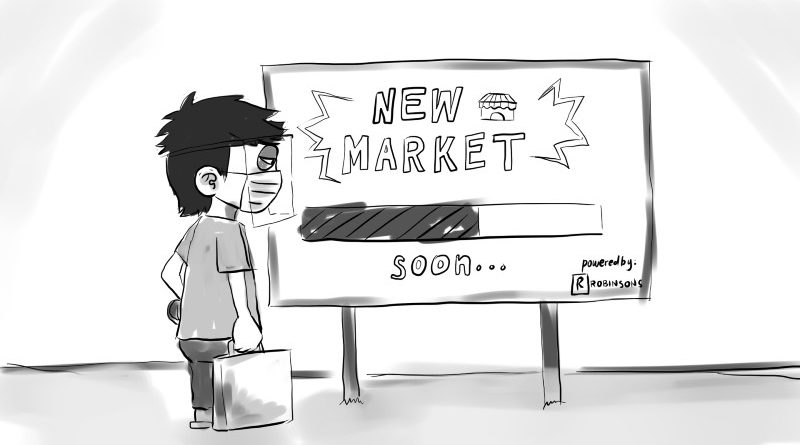 In 1995, the City Council passed Ordinance No. 038, series of 1995, that prescribed the guidelines for the development of the city public market through the so-called Design, Built and Lease (DBL) in anticipation of the expected surge in the development of the city as it was starting to recover from the July 16, 1990 that nearly sent the country’s undisputed Summer Capital into rubbles. Subsequently, the city government subjected the multi-billion market development then, a project costing approximately P1.6 billion, to the public bidding that resulted to the award of the project to Uniwide Realty and Resources Sales Development Corporation sometime in August 1996.

However, disgruntled groups of vendors objected to the award to Uniwide and filed a case against the city resulting to the issuance of a Temporary Restraining Order (TRO) and the subsequent writ of preliminary prohibitive inunction that prevented the developer and the city from pursing the project. The project was for the development of a well-developed city market facility as its show window for its robust tourism industry. The case dragged on for more than two decades until such time that the Supreme Court declared the aforesaid ordinance as constitutional and the appurtenant contract as valid for implementation. This again opened the possibility of improving the state of the city public market.

Obviously, the city public market is one of the few markets situated in urban centers in the  Luzon that remains undeveloped because of these issues that remain unresolved. Some of the  individuals and groups challenging these market development efforts have vested interests in the keeping the stalls being rented out by the city for qualified stallholders.  Much had been said about the so-called mafia in the city public market that is under the control of a few personalities who are against the implementation and realization of the proposed development because they will surely be booted out of their comfort zone. The so-called market mafia had been the brains behind the rampant sub-leasing of stalls in the public market through the past several decades. This group had been raking in millions of pesos on alleged undeclared income from merely renting out their awarded stalls to rents at prices more than 1,000 times compared to the declared payments of lease rentals to the city. Aside from depriving the coffers of the city government of supposed earnings, the members of the elite mafia in the public market have also denied the opportunity of the national government to collect income and other taxes from them because of the hidden agreement between them and their sub-lessors.

One of the present administration’s 15-point collective agenda is for the modernization of the public market for it to become one of the best markets in the Asia-Pacific region as declared by city officials upon their assumption into public office and after the crafting of the master development plan for the project that now costs more or less P6 billion. The city government then opened the project for unsolicited proposals from interested developers that enticed some three proponents for the project, Robinsons Land Corporation, SM Prime holdings and the consortium of market cooperatives. The city’s Public-Private Partnership for the People (P4) Selection Committee is responsible for the evaluation of the proposals and to select which should be granted the Original Proponent Status (OPS), a crucial step in the negotiations for the final Terms of Reference for the implementation of the market development plan. Unfortunately, after the secret balloting by the P4 on the selection of who should be granted the OPS, Robinsons emerged with the upper hand after getting 5 affirmative votes from the members, 2 members voted for SM Prime holding and 2 members abstained.

Many people were caught by surprise on the outcome of the votation because the proposal of Robinsons was never complete from the start. Despite the repeated requests from the screening committee for the company to complete its requirements, it failed to do so. This raised the possibility that it probably negotiated with some of the members that no matter what happens, it will still be the company that will be granted the OPS.

Evidently, something went wrong in the course of the evaluation and assessment of the documents of the companies involved and the voting of the members of the P4 Selection Committee. Truly, companies that are interested to participate in future public-private partnership projects of the city will surely have doubts on the objectivity of the members to decide on the merits of the proposals that will tend to deter prospective development partners. The proposed development of the city public market now remains on the rocks. If the City Mayor will disapprove the grant of the OPS to Robinsons, then it will be back to square one as the same is not yet a done deal. If the city chief executive will approved the grant of the OPS pursuant to the decision of the committee, then the city and the proponent will undergo the required negotiations for the final terms of reference that will be published for other interested companies to make a better offer during the Swiss challenge that is part of the process.

The people of Baguio had been longing for an improved city public market. What the people need is not an ambitious state of the market but an improved version of its present state. Let us not again allow the project to pass by right in front of us and lose the chance of possible development. If that will be the case, let the future generations of city residents to pursue the failures of the previous  and the present dispensation.