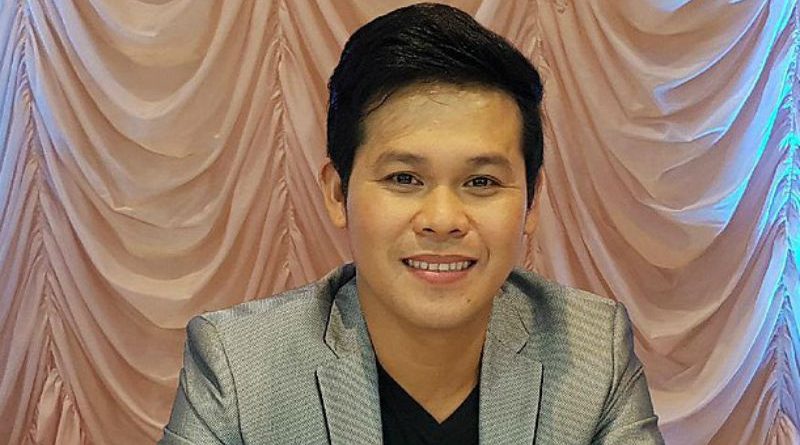 It seemed like this topic doesn’t belong here. Well, since competition is the main element of sports and Marcelito Pomoy’s latest journey at America’s Got Talent – The Champions 2, has some resemblance with the country’s two of the top sports figures, I figured he also belongs here.

That’s really a stretch but it isn’t totally outrageous, if you get what I mean.

Yeah, Pomoy is beloved because of his singing but his elevating Filipinos in an international stage makes him deserving to be featured even in unrelated pages like here. Besides, his developing story kinda resembles that of Barangay Ginebra and Manny Pacquiao to some extent anyway.

You see, Pomoy is following a trend of path that Ginebra did in the PBA and Manny Pacquiao did in the United States and there is a good chance his story would end in the same successful manner.

Well, Pomoy is like Ginebra and Manny Pacquiao in that they arguably are not the most talented among their peers but no doubt have a large passionate, loyal fan base early in their career. They simply just needed some “breaks of the game” in the form of some freak outside interference to take their career success to another stratosphere.

Ginebra was the mightiest in fan following terms since the team’s “Never Say Die” mentality was born but the team did not achieve anything consistent in relation to winning PBA titles in their early years.

In franchise history, Ginebra just won 8 titles during their first 37 years. Three of them are of the All Filipino variety.

It took them 7 2/3 PBA years to win their first title, suffered an over six year-bridge in between the 4th and 5th championships and were actually on an 8-year drought before their ninth championship.

When we now realized that they once paraded the combination of Billy Ray Bates and Kevin Gamble, who eventually turned to be a regular starter for the Boston Celtics after his Ginebra stint, as imports, we tend to believe they should have more championship rings during that span than eight.

The Gin Kings have been in quite a roller-coaster in the era after their eight and before their ninth championships. Consistency in excellence was very much wanting despite the talented line-up they had.

It may not the best in the PBA but the mixture and chemistry just needs a “break” to shut down their legions of fans’ wonder of when the breakthrough will happen.

They practically still had a still dependable “The Fast and The Furious” Mark Cagiuoa-Jayjay Helterbrand tandem as the face of the franchise.

They also acquired most of core of their current line-up during this time: LA Tenorio, Japeth Aguilar, and Greg Slaughter,

They have been changing coaches, from Al Francis Chua to Renato Augstin to Jeffrey Cariaso to Frankie Lim and swapping superstars from Willie Millier to Cyrus Baguio to Kebry Raymundo to reestablish their winning culture but to no avail.

Championships in the horizon finally started to become a realistic possibility when the San Miguel management assigned Tim Cone to coach the Gin Kings at the start of the 2016 season.

Although their performance improved dramatically when Cone was able to inject his system, it took another unexpected “break” to finally made Ginebra go over the top.

It was the sight of Justin Brownlee wearing a Ginebra uniform that induced dramatic changes in their championship fortunes.

Until now, no Ginebra team under Cone won a championship without Brownlee in the line-up.

His presence led to Ginebra piling those four championship trophies they bagged in just a span of short four years and it doesn’t seem that’s going to end anytime soon in the near future.

Remember, while Cone was a move initiated by the company, Brownlee wasn’t planned. He was an accidental find, a replacement for their injured original import for the 2016 Governors’ Cup, Paul Harris.

Pomoy is on the same path the Gins walked. He has an incredible, unique talent of singing with dual voices. His talent that may not be the best amongst his peers but his “dual-voice” talent is like the “never say die” attitude of Ginebra in the sense that it attracts lots of music lovers to follows him and his performances.

He did get a platform to build fan following when he initiated a move to join the 2011 Pilipinas Got Talent, a talent search aired by the biggest network in the country, and won. As a result, he began appearing in their shows since then.

Apparently, that was not good enough to merit an immediate lucrative career in singing, even in the local front.

It took a seemingly normal outside interference, like Ginebra’s, to dramatically change his life, literally.

A seemingly harmless performance of “The Prayer” on Wish 107.5 kick a different kind of career take-off.

The video of him solo performing the famous song originally sang by a duet that was uploaded by the radio outfit on their YouTube channel started the turn things.

His performance, while a little ordinary here in the home front, was done so beautifully that caught the attention of YouTubers around the globe that they suddenly sparked an unbelievable throng of series of reactions, views and shares that reached millions and made him an international YouTube sensation overnight.

It also provoked an invitation for the America’s Got Talent franchise for an appearance in their champions’ edition second season.

He may have finished just fourth according to the talent show’s evaluators’ but it may be a championship in the real sense.

The benefits he got may have been more had he finished first because his now dramatically growing passionate fan base around the world just took his exposure to another level in the internet by demanding “justice” for what they perceived as an unfair judgment and treatment form the show.

It will be no surprise that he is now being offered bookings here and there to perform shows in different parts of the world. Word is he is even forced to reject some because they fall on dates that are either same or close to each other.