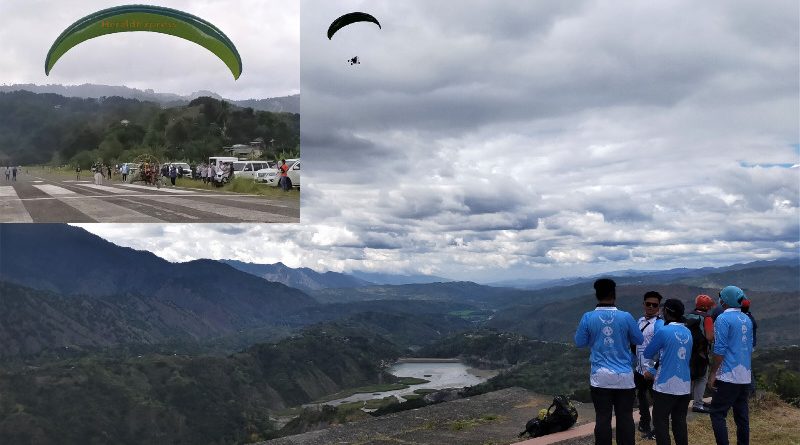 MANKAYAN, Benguet – Paragliding and paramotor enthusiasts will now a new site to pursue their hubby with the recent soft launching of the same as one of the town’s major tourist attraction, especially when the prevailing community quarantine guidelines will be eased up in the future.

Aristotle Mendoza of the Bagabag-based Northside Paragliding Association stated that the conditions in the municipality are suitable for paragliding and paramotor events that will entice enthusiasts from the different parts of the global village to have their worthwhile experience going around various places.

He disclosed that over the past several days, some 6 local pilots were already trained to cater to the needs of paragliding enthusiasts and interested locals and visitors for them to be able to cascade the same to others wanting to be actively involved in the aforesaid recreational activity.

Earlier, Benguet Caretaker Congressman and Anti-Crime and Terrorism through Community Involvement and Support (ACT-CIS) Party-list Rep. Eric Yap, Gov. Melchor Diclas, Mankayan municipal officials led by Mayor Frenzel Ayong, residents and guests from the mining community witnessed the launching of both the paramotor and paragliding held at the Lepanto air strip as part of the simple but meaningful activities lined up for the celebration of the town’s 108th founding anniversary.

Mendoza claimed that paragliding enthusiasts from the different parts of the country have expressed their eagerness to visit the municipality and do their recreational activities that will help sustain the promotion of Mankayan as the paragliding and paramotor haven in the north.

For his part, Mayor Ayong asserted the need for interested residents to start offering home stay accommodations to help in providing adequate accommodation to the expected influx of visitors wanting to do paragliding and paramotor activities in their new site.

He claimed that the conduct of paragliding and paramotor activities will not only serve as an added generator of employment but also spur economic activities and sources of livelihood for the residents to allow them to cope with the heavy impact of the ongoing pandemic to the local economy.

According to him, the paragliding and paramotor activities will be available for residents as visitors are not yet allowed due to the prevailing prohibition on the conduct off crowd drawing events pursuant to the guidelines of the national, provincial and municipal inter-agency task forces for the management of emerging infectious diseases.

Ayong expressed his gratitude to Mendoza and his group for closely working with the municipal government and the private sector in the successful conduct of the soft launching of the paragliding and paramotor activities in the municipality that will provide added reasons for residents to be actively involved in such challenging endeavor and entice enthusiast to visit their new destination.