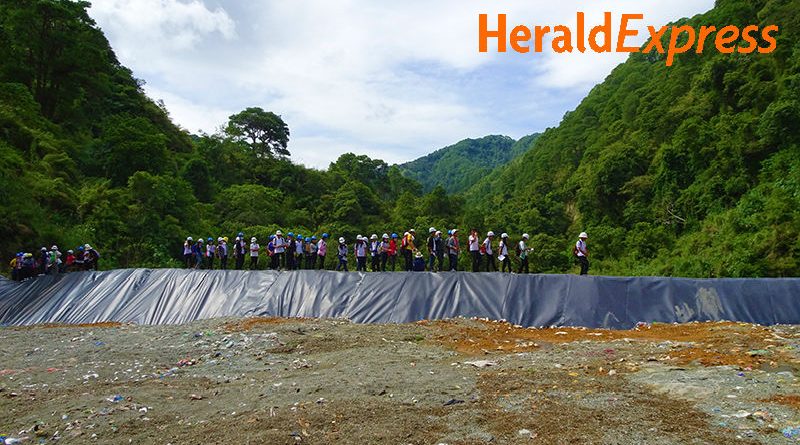 MANKAYAN, Benguet – The municipal government announced that a number of local governments from the different parts of the Cordillera and Ilocos regions are now conducting benchmarking activities on its existing solid waste management for possible replication in their respective places.

Mayor Frenzel Ayong recently welcomed a 17-man delegation from Kiangan, Ifugao that conducted their benchmarking activity in the municipality to study the efficiency and effectivity of its solid waste management program for possible replication in their locality.

Among the areas that were visited by the officials and employees of local governments that conducted benchmarking activities in the municipality include the town’s eco park and materials recovery facility (MRF) and Lepanto’s engineered sanitary landfill (ESL) aside from other major development projects being introduced in the municipality that had been initiated by Mayor Ayong.

“We are elated considering that there are many local government officials and employees who are signifying their intention to conduct their benchmarking activities in the municipality which is a clear indication that there is something in Mankayan that is worth visiting and replicating,”  Mayor Ayong stressed.

However, the local chief executive admitted that what the local government can offer the officials and employees conducting benchmarking activities in the municipality is its eco-park and MRF that had been appropriately put in place for the municipality to be able to comply with the provisions of Republic Act (RA) 9003 or the Ecological Solid Waste Management Act of 2000.

Earlier, municipal officials of Bauko, Mountain Province led by Mayor Abraham B. Akilit also visited the town’s eco park and MRF purposely to study how was it established for the possibility of replicating the same in the upland municipality having jurisdiction over most portions of the over 5,000-hectare Mount Data National Park.

Ayong stated that the local government is open to the local governments wanting to benchmark its existing solid waste management program for the possibility of replicating or enhancing the same in their areas of jurisdiction because it is also important for the municipality to extend a helping hand to other localities for them to be able to initially comply with the provisions of law on the establishment of a concrete solid waste management program.

According to him, local governments should not wait for the rapid increase in the volume of waste being disposed by their constituents before coming out with stop gap measures because it will be difficult for them to formulate the prescribed solutions to their solid waste problem considering that what will be best is for them to face the situation outright.

The law requires local governments to close their open dumpsites and eventually establish their controlled ump facilities or sanitary landfills to help in the overall efforts of the national government to preserve the state of the environment in the country and ensure the protection of the health of the people who might be exposed to life-threatening illnesses by the garbage being brought out by the people from their residences.