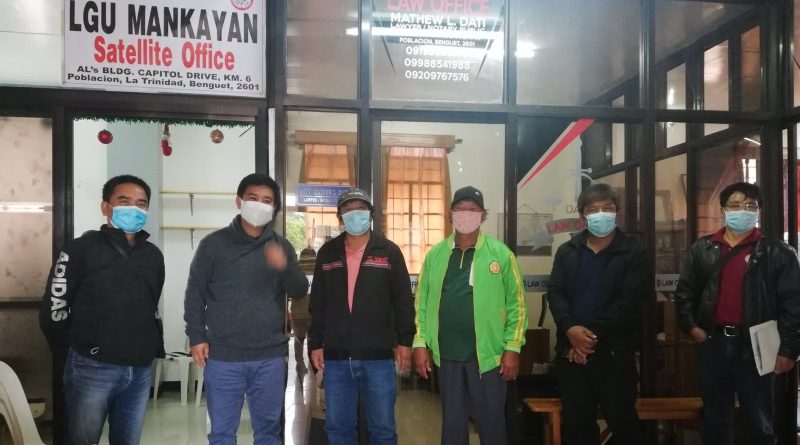 He added that even desired transactions with the local civil registry office of Mankayan could be done in the satellite office although the concerned individuals will have to wait for some time for their documents to be brought to the said office for claiming, among others.

Mayor Ayong added the satellite office will also be a drop off center for the copies of the printed education modules to be transported to Mankayan for reproduction and eventually distributed to the pupils and students that opted to attend their classes through the modular scheme of learning.

The municipal chief executive stated the municipal government put up the satellite office in the capital town to help people wanting to transact business with the different offices in speeding up their requests without having to travel to the municipality just to accomplish their businesses.

According to him, the put of the municipal government’s satellite office is part of the efforts of the municipality to reach out to the people from the different barangays who are living in other areas and who want to transact businesses with the concerned offices.

The mayor asserted the municipal government wants to strengthen the coordination with the provincial government, government line agencies, different local governments, concerned individuals, the private and business sectors, to avoid unnecessary delays in their desired transactions with the municipality as there are state-of-the-art information and communication technology that could be used for such purposes.

Mankayan is one of the local governments in Benguet that established a satellite office in the capital town for ease of transacting business by clients with their desire offices of the municipality to save time for everyone.