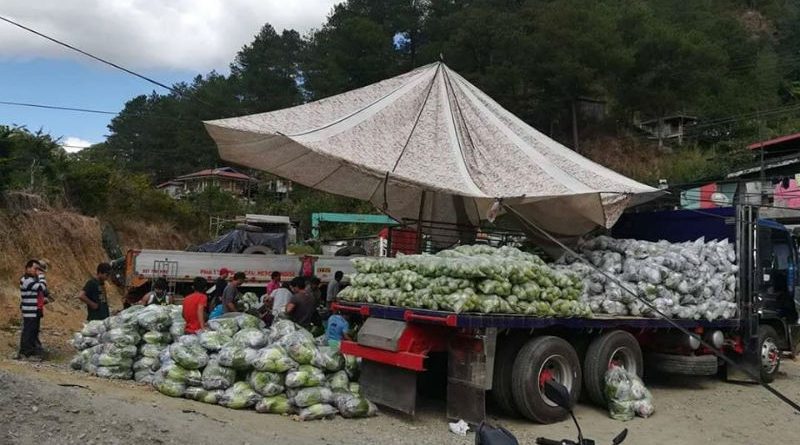 MANKAYAN, Benguet – Pocket miners from the different parts of this mining town  had delivered to a number of evacuation centers in the various areas affected by the eruption of the scenic Taal Volcano the relief goods that their associations were able to generate over the past two weeks.

Mayor Frenzel Ayong disclosed the local pocket miners produce among themselves, 3 truckloads of assorted vegetables and other relief items that were brought to evacuation centers in Batangas that had not been receiving sufficient supply of relief goods over the past several weeks.

However, he claimed the municipal government played a secondary role in the generation of the relief items as he saw the tenacity of the pocket miners to extend the needed assistance to the volcano eruption victims having been touched by the images from media on the helpless situation of the evacuees who were forced to abandon their houses at the height of the phreatic eruption of the volcano.

“ We give the credit to our pocket miners because despite the implementation of the temporary ban on small-scale mining that deprived them of their livelihood for over a year now, their deep desire to help the volcano eruption victims prevailed and brought out the best in them as shown by the fact they delivered their generated goods to those who are really in need of utmost assistance,”   Mayor Ayong stressed.

The Mankayan pocket miners was among the various associations in the Cordillera that delivered relief goods to the different evacuation centers where Taal Volcano brought heavy devastation that forced the evacuation of thousands of residents.

Mayor Ayong commended the pocket miners of the municipality for their readiness in assisting those in need despite the disruption on their source of livelihood due to the temporary ban on small-scale mining in the region, bringing out the best in them by showing their compassion to other disaster survivors.

According to him, this demonstration of charity by the pocket miners is a virtue worthy of emulation by other sectors as they are able to share what they can despite their own economic limitations.

Mankayan is one of the five first class municipalities and one of the three towns that rely on mining as the major source of its income considering the presence of large-scale mining companies that are still operating in its area of jurisdiction.

Aside from mining, Mankayan also gets part of its local income from agriculture considering from its upper barangays that are sources of a huge volume of vegetables being sold in the La Trinidad vegetable trading post.

By HENT
Photo by Team Ayong