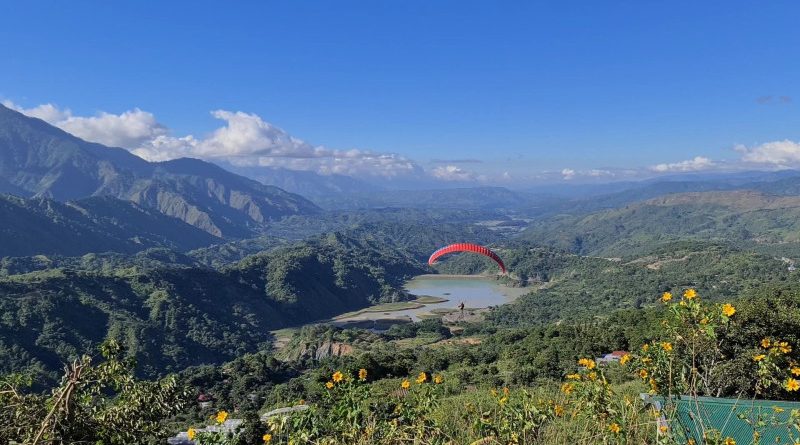 MANKAYAN, Benguet – The municipal government and the Philippine Paragliding Association – Northern Luzon will be formally launching paragliding as one of the town’s tourist attractions to will help revive the local economy by March.

Mayor Frenzel A. Ayong stated that the paragliding event will be one of the limited activities lined up for the celebration of the municipality’s founding anniversary to help in gradually and safely opening up the local economy.

Earlier, paragliding experts from Bagabag, Nueva Vizcaya tested paragliding and motorized paragliding in various parts of the municipality recently to ascertain the viability of the activity as one of the town’s crowd drawer once the community quarantine status of the Cordillera will be further relaxed by the inter-agency task force for the management of emerging infectious diseases.

Mayor Ayong reported that the initial assessment on the paragliding potentials in the municipality by experts is convincing, thus the of the experts government is encouraging investors to put up accommodation facilities in strategic parts of the town to accommodate expected  paragliding enthusiasts from different parts of the country

The mayor admitted that the absence of sufficient accommodation establishments in the municipality is one of the possible setbacks in the efforts to encourage paragliding enthusiasts to conduct their regular events in the locality but efforts are now being done to make the needed representations with the concerned sectors to expand their business activities by offering accommodation to visitors dropping by the municipality.

He pointed out that the municipal government, in partnership with relevant stakeholders, must maximize the potentials of tourism in the town as there are because of the presence of scenic destinations that could be aggressively promoted to entice visitors to drop by the town and explore new destinations that have not been visited in the past.

The mayor claimed that what the local government is doing is to prepare the potential tourist destinations and ensure their readiness once the government will relax the existing community quarantine guidelines to allow the heavily impacted local economy to rebound from the slump caused by the pandemic.

Mankayan is one of the towns in northern Benguet that derives its income from both agriculture and mining activities with its 6 upland barangays into vegetable-production while its 6 lower barangays host the large-scale mining companies.