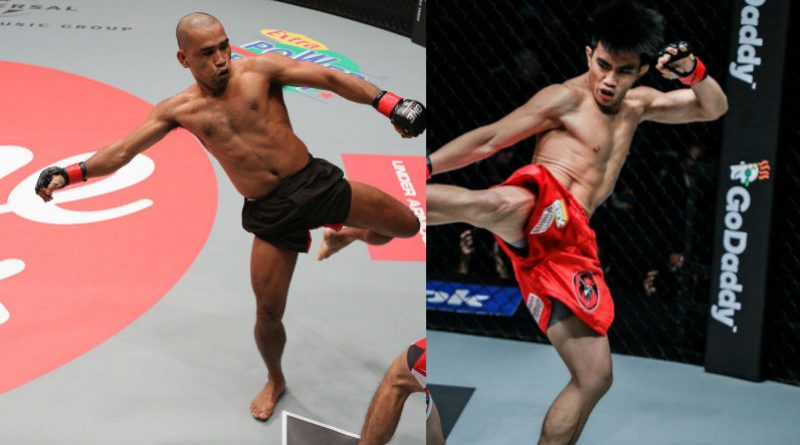 ONE: REIGN OF KINGS last 27 July at the SM Mall of Asia Arena proved to be a good night for the Filipino mixed martial artists that showcased their talents on the stacked card.

Capped off by Team Lakay’s Kevin ‘The Silencer’ Belingon capturing the ONE Interim Bantamweight World Championship, the Filipino contingent went for a perfect 4-0 sweep on the night, which also included victories from former ONE Lightweight World Champion Eduard ‘Landslide’ Folayang, as well as a couple of strawweight contenders in Joshua ‘The Passion’ Pacio and Rene ‘D’Challenger’ Catalan.

With Pacio and Catalan both riding respective winning streaks, it now appears that the two Filipino strawweight contenders are on a collision course on their way to the ONE Strawweight World Championship, currently held by Japan’s Yoshitaka ‘Nobita’ Naito.

Naito is on his second run as ONE Strawweight Word Champion after regaining the title from Alex ‘Little Rock’ Silva at ONE: GRIT AND GLORY in Jakarta back in May.

Also competing out of the famed Team Lakay stable in Baguio City, the 22-year old Pacio has built for himself a nice three-match winning streak, with all three victories coming by way of stoppage, with the most recent being a first-round submission win over Thailand’s Pongsiri Mitsatit.

While he says he’s ready to get another opportunity to challenge Naito for the ONE Strawweight World Championship once more, Pacio says that’s not what he’s focused on.

“I’m not thinking of a title shot right now, but if ONE Championship decides to give it to me, of course I’ll grab it immediately.” Pacio explained. “Training doesn’t stop for me, so that when the call comes, I’m always ready.”

The Catalan Fighting System Philippines founder is on an impressive five-match winning streak of his own, and his last victory was a dominant Unanimous Decision win over Stefer Rahardian, which marked the Indonesian’s first loss in nine professional bouts.

Like Pacio, Catalan feels that he’s also ready for an opportunity to challenge for the ONE Strawweight World Championship.

“Yes, I believe I’m ready. I have won five straight contests, and the competition has only gotten better and better. If ONE Championship gives me the opportunity, anytime I’m ready.” said Catalan.

The Iloilo native, however, will be the first to admit that he still has a long way to go before becoming the top guy in the division, or at least being the next in line for a title shot.

“I still have a lot of work to do, because I know that there are a handful of names that are ahead of me, but I will do my best to get through whoever ONE Championship puts in between me and a chance at a title shot.”

The two Filipino strawweight contenders now find themselves in an interesting position, as they could easily be matched up against each other, with an opportunity to challenge for the world championship hanging in the balance.

Pacio says that facing Catalan, someone he’s watched ever since he was a kid, would be nothing short of an honor.

“If Sir Rene and I happen to get matched up together, it’s going to be a big privilege for me, as I get to test myself against one of the pioneers of mixed martial arts here in the Philippines.”

“I’ve been watching Sir Rene since I was a kid. I watched him compete in the Asian Games.” Pacio added.

Much like Pacio’s Team Lakay coaches in Folayang and Mark Sangiao, Catalan is a decorated Wushu practitioner and was a gold medalist for the Philippines in the 2006 Asian Games.

Pacio may be significantly younger than Catalan, but he’s definitely more experienced in mixed martial arts, having more than twice as many bouts as Catalan, and against the top-tier of ONE Championship’s strawweight division. Pacio believes that it will play to his advantage.

“I’ve faced the top contenders in our division, guys like the current champion Yoshitaka Naito, Hayato Suzuki, Dejdamrong Amnuaysirichoke, and Pongsiri Misatit. These guys are no joke. These guys are tough competition.”

While Pacio sees a potential bout against Catalan as another opportunity, the latter isn’t as enthusiastic about facing a compatriot.

“I know Team Lakay’s level, and I’m not worried about facing any one of them, but the thing is, I’d rather not face a fellow Filipino.” said Catalan. “Since 2003, I’ve been representing for the Philippines, and until now, I try to avoid having to compete against one of my countrymen.”

“I’m not a businessman, I am a martial artist, and I have martial arts principles. I compete for the glory and honor of our country.” Catalan added.

Pacio acknowledges that there’s a big difference in facing a fellow Filipino compared to facing someone from another country, but for him, it’s really nothing personal, just competition.

“There’s a big difference if you’re competing against a fellow Filipino, that’s your blood. Of course, it feels different.” Pacio said. “But in the end, we’re sportsmen, and this is just a test of skills and talents. If we do end up sharing the cage on our way to a title shot, then I would have no problems with that.”

This post has already been read 419 times!TABUK CITY, Kalinga – With the voter’s registration extended, the Commission on Elections