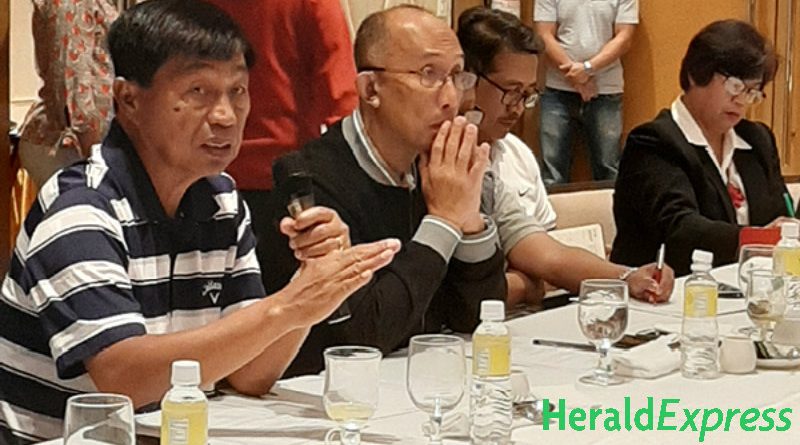 BAGUIO CITY – Mayor-elect Benjamin Magalong Tuesday said no political or personal pressure will hinder him from pursuing unpopular but good programs for the city as he is set only for one mayoral term and is “not after getting votes or establishing any mass base.”

During the briefing with outgoing Mayor Mauricio Domogan and the department heads held June 18, Magalong assured the department heads that he can pursue good moves including the strongly opposed proposal to increase the schedule of real property market values and business taxes because he is not beholden political-wise.

“I can assure you that I have set my sights only for the next three years and I’m not after getting votes or establishing mass base so if you think (that pursuing Domogan’s lead in adopting the tax increase) is the right thing to do then let’s do it,” Magalong told the department heads who along with the outgoing mayor had for years pushed for the long overdue adjustment of the tax rates to no avail.

He made the same pitch for contracts and other projects of the city saying he has no political or personal obligation or linkage with any contractor that can influence the result of any bidding or award.

During the briefing, Domogan, City Treasurer Alex Cabarrubias and City Assessor Almaya in their separate talks, vouched for the adoption of the new schedule of market values and market tax rates which remained pending before the city council.

Domogan had time and again blamed the failure of the unpopular measure to gain ground to political pressure despite the urgency of adopting the revised rates mandated by the law.

“The last time that we revised the real property values was in 1995 and since then there had been no movement despite the fact that we are mandated to revise it every five years.  I admit it was one of my weak points as the mayor because I failed to convince the city council members who were indifferent due to their fear of losing votes which reason I don’t agree but I hope the new set of city council will look into this address it this time,” Domogan said.

On the business taxes, Cabarrubias said the last time the city updated the market code was in 2001 and the Bureau of Local Government Finance had time and again castigated the city for failing to upgrade the outdated rates every five years.

He said the BLGF last May 22 gave the city three months to create an oversight committee to spearhead the revision of the market fees and charges.

The same reason has also caused the plateau in the city’s income and hindered the city’s bid to gain excellent collection efficiency rating in the national level, Cabarrubias said.