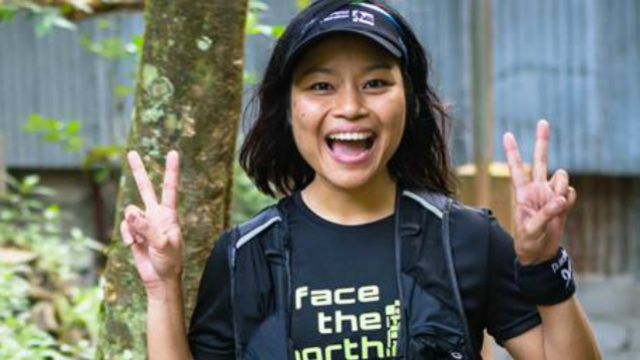 ITOGON, Benguet – Gail Madrilejos capped a strong year in Team Malaya events by pocketing the 21K distance even as Jomar Buclay and Melanie Hingit crossed the tape ahead of everybody in the 50K category of 2017 Benguet Gold Rush Run last December 17 at Ampucao, here.

Madrilejos flexed her running muscles to come in 13th overall at 03:46:32.64 mark to pace the 21K distaff side of the final leg of the Mountain Man Series, capping her already fruitful year.

Madrilejos added the Gold Rush title to her growing collection as she also topped the Rice Terraces Marathon held last May and finished second in the Last Stand of Yamashita Run last September behind Prudence Chakas.

In the prime distance, Buclay crossed the tape at the 7:59:30 mark to led the 11 survivors of the run’s longest course. He was the only runner to finish the course under eight hours, improving his 8:02:13 time last year when he finished behind Drex Dino.

Alfonso Ampalo, Jr. claimed the silver with his 08:53:34 time while Eleazer Axis Gatonen checked in at the 10:33:47 mark to finish third.

On the other hand, Hingit was the lone female finisher of the 50K distance, finishing the course at a new record pace of 11:49:07. Her time was good for ninth overall.

Jet Ramos led the 43 finishers of the the 21K course.

Ramos completed the course within 2:42.23 for the gold, outpacing second placer and Last Stand of Yamashita Run champion Louie Ganayan, who clocked 02:42:30, and third placer Julius Magnaye who timed in at the 3:01:19 mark.

The Benguet Gold Rush culminated Team Malaya’s Trail run events in 2017 which started with the Sagada Marathon last February, the Lang-ay Trail Run last April, Rice Terraces marathon in May, and the Last Stand of Yamashita in September.

According to Stephen Felices, Team Malaya’s Race Director, the organization is opening up 2018 with the TRAIL Festival set to be held on February 24 at Camp John Hay, Baguio City.

The Festival Run will include a 3K for kids that will award a finishers’ shirt, finishers’ medal, medals for the top three finishers, along with snacks, and a 10K and a 21K course. A “pinikpikan” post meal run awaits runners of the 10K and 21K run. Additionally, a trucker cap will also be awarded to runners of the 21K category.

He also announced that the 2018 Rice Terraces Marathon will be held on June 10, 2018 at Hungduan, Ifugao, the Last Stand of Yamashita Run on September 8, 2018 at Kiangan, Ifugao and the Benguet Gold Rush on December 8, 2018 at Ampucao, Itogon, Benguet.

He likewise said they intend to bring back their other resident races, the Sagada Marathon, the Mankayan Mountain Marathon and the Kibungan Mountain Run, although their dates are not yet confirmed.