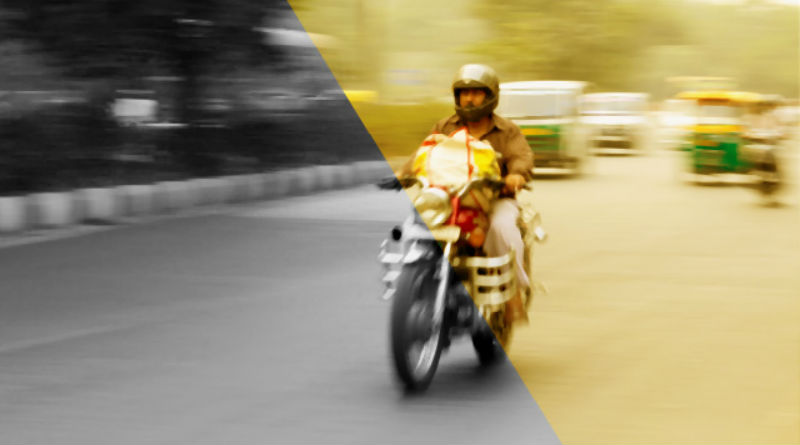 BAGUIO CITY – The Cordillera office of the Land Transportation Office (LTO-CAR) warned motorists, especially motorcycle riders, to strictly adhere to the prescribed rules and regulations governing their operations so as not to suffer the fate of an erring motorcycle rider who challenged his being apprehended through malicious and provocative posts in the social media.

LTO-CAR regional director Francis Ray Almora stated that the erring motorcycle rider’s license was suspended for 3 months for being unfit to operate a motor vehicle while he was also meted a fine for driving a motorcycle with excess cargo and luggage carrier.

The said motorcycle rider was apprehended by LTO-CAR personnel after he was found to be driving his motorcycle with unregistered saddle bag or top box and was subsequently issued the required citation ticket for such violation.

However, instead of paying the prescribed P5,000 fine for his violation, the erring motorcycle driver posted malicious and provocative messages in the social media where he accused the arresting LTO personnel of singling out the riders in the conduct of their operations when riders are the ones helping in the ongoing anti-Coronavirus Disease 2019 (COVID-19) campaign.

Director Almora disclosed that the rider’s malicious and provocative posts in the social media generated numerous reactions from other riders where some of them went to the extent of posting threats against the LTO-CAR personnel who arrested the said rider which no longer represents the responsible use of the social media to air grievances or concerns.

The LTO-CAR official immediately conducted an investigation on the said matter which caused the agency to impose the suspension of the license of the motorcycle rider and impose the appropriate fine against him for his obvious violation.

Further, Almora claimed that the LTO-CAR will coordinate with other law enforcement agencies to ascertain the identities of the individuals that posted threatening statements against the arresting personnel to facilitate the filing of the appropriate charges against them and for them to be taught a lesson not to use the social media to malign or threaten people as the same is grossly violative on the supposed responsible use of the social media.

Almora pointed out that LTO-CAR personnel will continue to strictly implement the prevailing rules and regulations governing the operation of motor vehicles and the issued licenses to individuals who are authorized to operate motor vehicles to prevent the occurrence of untoward incidents that will result to the loss of lives and inflict damage to properties and that they will not be intimidated by the threats being posted by some irresponsible individuals in the social media because for as long as the assigned officials and employees are doing their job, the roads of the region will be freed from erring and irresponsible drivers who do not deserve to operate motor vehicles.

He asserted that the LTO-CAR will not hesitate to impose suspension of the licenses and erring drivers and mete them with the appropriate fine to teach them not to repeat similar offenses so as not to compromise the overall safety of motorists plying the various roads of the region daily and for drivers to be more responsible in operating their respective vehicles. By HENT

This post has already been read 599 times!  Former Sen. Ferdinand ‘Bongbong’ Marcos, Jr. on Monday asked the government to