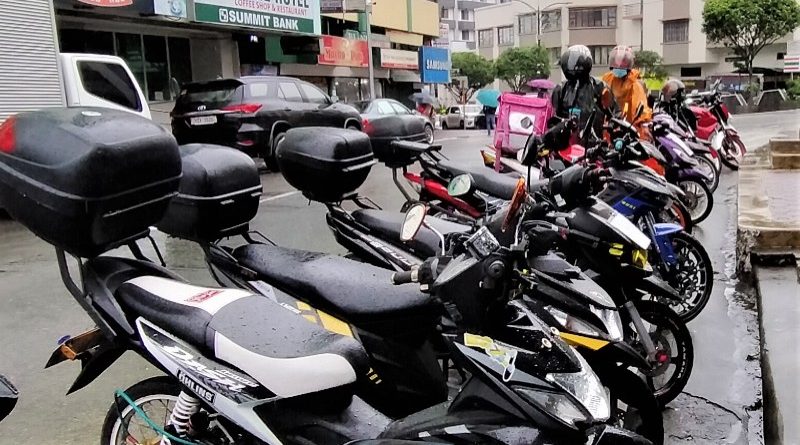 BAGUIO CITY – The Cordillera office of the Land Transportation Office (LTO-CAR) started the distribution of new and enhanced licensed plates for motorcycles in the region pursuant to existing laws, rules and regulations for the operation of motor bikes.

LTO-CAR regional director Francis Ray Almora said some 8,000 license plates for motorcycles were initially received by the agency for distribution to the dealers and the owners whose motorcycles had been registered in the region starting 2018.

Almora explained the delay in the release and distribution of the enhanced license plates for motorcycles was due to the temporary restraining order (TRO) issued by the Supreme Court (SC) and notice of disallowance by the Commission on Audit (COA) in 2016 which were eventually lifted in 2018 that paved the way for the distribution of the aforesaid plate numbers to the registered motorcycle owners.

According to him, the distribution of motorcycle license plates was further delayed as the LTO had to await the final design of the plates in compliance with the requirements of Republic Act (RA) 11235 or the Motorcycle Crime Prevention Act of 2019.

The LTO-CAR official explained the enhanced motorcycle license plate design was finalized after the implementing rules and regulations of RA 11235 was issued in May 2020 leading to the eventual distribution of the aforesaid plates to the different motorcycle owners in the various parts of the country over the past several months.

He asserted the new rear plates are now bigger, readable and color coded coupled with the safety features such as the radio frequency identification (RFID) sticker, QR code and reflectorized sheeting, while a decal sticker will be placed in the front portion of the motorcycle.

Almora disclosed that pink is the color code of the new motorcycle license plates in the Cordillera to ensure immediate identification where the motorcycles have been registered.

He assured that starting next year, the LTO-CAR will be releasing the enhanced license plates of new motorcycles simultaneous with the release of the official receipt and certificate of registration to the dealers unlike what had been happening in the past that it took some time before the license plates were released.

Almora urged motorcycle owners to ensure that the license plates that had been issued to them will be installed in their vehicles to ensure that they will be in possession of the approved license plates for their vehicles so that they will not be encountering problems when flagged down by members of the LTO Flying Squad for inspection among other related matters.

He stressed that the dealers will be given sufficient time to distribute the license plates to the individuals that bought their motorcycles before the LTO will be launching a campaign against motorcycles that do not possess the appropriate license plates when travelling inside and outside the region where the said motorcycles are registered. By HENT

This post has already been read 2555 times!LA TRINIDAD, Benguet – The provincial government is studying the possibility of gradually