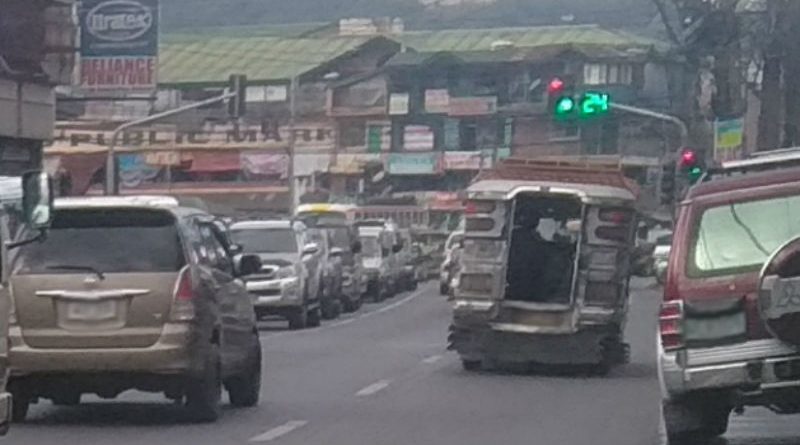 LA TRINIDAD, Benguet – The municipal government summoned the Korean supplier of its existing traffic lighting system along Km. 5 to synchronize the same the soonest to avoid the confusion of motorists plying the town’s major roadlines.

“We already sent the appropriate request to the Korean supplier of our traffic light for the immediate synchronization of the one installed in our municipality to correct the defects that have resulted to confusion among our motorists. We are using the existing warranty for the municipal government to maximize their expertise in synchronizing the same and for our technical people to be capacitated in doing so,” Mayor Salda stressed.

The municipal chief executive admitted while there had been technical personnel of the municipality government who were trained by the Korean supplier to institute the appropriate repairs and synchronization of the installed traffic lights, the municipality still wants to avail of provisions of the warranty that will require the presence of the Korean supplier or its authorized representative to make the necessary adjustments to synchronize the operation of the traffic lights as part of their contractual obligation to do so.

According to him, at the moment drivers plying the said area use their common sense when they see there is somewhat a defect in the interval of the traffic lights thus untoward incidents are avoided, and the urgent need is for the immediate synchronization of the same to ensure the smooth flow of traffic along the congested portion of the aforesaid roads.

Earlier, the municipal government allocated P4.3 million to procure the state-of-the-art traffic lights from the winning Korean supplier to be installed in the junction of Halsema Highway and Pico Road in Km. 5, one of the major choke points in the municipality, especially during rush hours, to serve as a guide for motorists and help significantly reduce traffic congestion that will affect the smooth flow of traffic along the stretches of the two roads.

Mayor Salda expressed his gratitude to the motorists for cooperating with the augmentation provided by traffic enforcers in the area to guide them when maneuvering in the right direction even with the non-synchronization the traffic lights.

The multi-million traffic lighting system is the first project of the municipal government in attempting to institute the necessary mitigating measures to help address the heavy flow of traffic along its various roads.

This post has already been read 300 times!LA TRINIDAD, Benguet –  Benguet Caretaker Congressman and Anti-Crime and Terrorism through Community