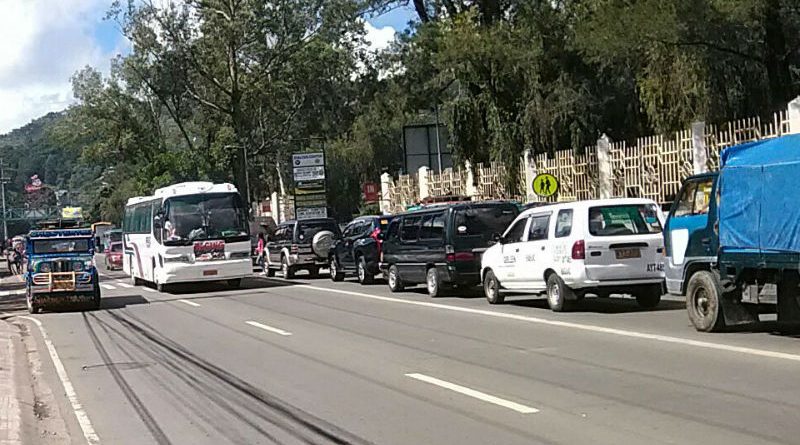 LA TRINIDAD, Benguet – Two proposals for the put up and operation of a pay parking facility at the heart of this capital town are now being studied by the local government on which offer will be advantageous to the municipality in addressing the problems of parking around the valley.

Mayor Romeo Salda said that the two proposals were already submitted to the local legislative body for study and the conduct of the necessary assessment, evaluation and validation of both proposal to determine the best offer before the award of the contract to covert the government land along Km. 5 into an income-generating venture.

“We need to seriously study the two proposals because we want the best offer to be the one to be adopted by the local government. We need a little time to do so that is why we referred the matter to the municipal council for further study and for them to come out with their recommendations the earliest time possible,” Mayor Salda stressed.

The local chief executive claimed one of the proposals came from JARCO Realty and Development Corporation which intends to put up a 4-storey structure in the government property wherein the first two floors will be used for pay parking purposes while the other two floors will be used for commercial activities like business center and hotel considering that the municipality has limited hotels to accommodate the influx of visitors frequenting the famous strawberry fields.     On the other hand, he added that the proposal of Primemark is for the put up of a 4-storey multi-level parking facility that will be solely devoted for pay parking purposes to help decongest the main roads of the municipality from illegally parked motor vehicles.

According to him, some sectors are supportive of both proposals that is why there should be public hearings for the purpose to solicit the sentiments and recommendations of the concerned stakeholders on the matter before any concrete action will be done in the future considering that illegal parking is a growing problem in the municipality due to the fact that visitors flock to look for other unique tourist destinations outside Baguio city.

Salda emphasized that the operation of whatever facility that will be erected in the government lot along Km. 5 will be under a public-private partnership (PPP) scheme to encourage investors to also invest in the municipality considering that it is a fast growing valley and a melting pot of people from various parts of the Cordillera and the lowlands.

He expressed optimism that the  best advantageous offer to the government will be the one that will be considered after all the needed processes shall have been done to prevent complaints from concerned stakeholders that their suggestions and recommendations were not considered by the local government when deciding on the matter, citing the fact that what is important is that the completion of the project will translate to the greater benefit of the municipality and not to a few personalities, companies or interest groups pushing for the realization of the long overdue project.

Mayor Salda called on critics to provide the local government with their suggestions on how to address the parking woes of motorists who are always apprehended by law enforcers for illegal parking due to the absence of adequate parking facilities where they could park their vehicles and pursue transacting business in the different government and private offices in the municipality. By HENT