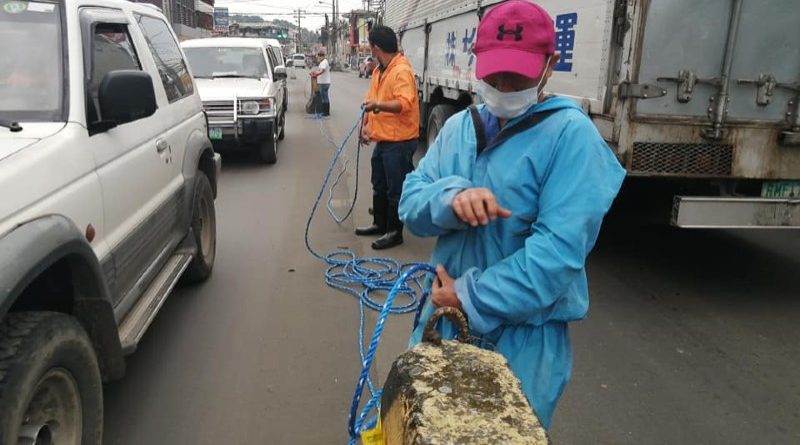 LA TRINIDAD, Benguet – The municipal government agreed to the proposals from concerned sectors in the municipality to replace the controversial barriers with traffic signages in the conduct of the prescribed traffic experiment along the stretch of Km. 3 in front of a gasoline station up to Km. 5 here for the formulation of traffic schemes that will address the daily traffic congestions in heavily populated areas.

The decision to replace the barriers with traffic signs was reached by the members of the town’s traffic and transportation board after the conduct of the public hearing to solicit the suggestions and recommendations of the different sectors on how to implement the appropriate traffic schemes that will ease the worsening traffic congestions along portions of the roadline.

Mayor Romeo K. Salda said that the local government will use the available P1.8 million for the fabrication of the required traffic signs that will be installed along the stretch of the road that forms part of the traffic experiment that will run for 60 days to ascertain the compliance of motorists that will lessen the congestions in the said area.

The proposal to install the appropriate traffic signages along the stretch of the road came from the representatives from the different sectors that attended the public hearing as part of their recommendations in finding alternatives to the installation of traffic barriers.

Salda stated that the municipal government will try the installation of traffic signs instead of barriers for the initial 60-day traffic experiment that will help in the formulation of appropriate solutions to the traffic congestions in the locality and guide the municipal officials on what effective and efficient scheme will be put to permanent.

Earlier, the local government removed the barriers that had been previously installed along the stretch of Km. 4 to Km. 5 after the public made an outrage over the sudden installation of the same for the proposed traffic experiment that will ascertain permanent solutions to the worsening traffic congestions in the municipality.

After the conduct of the initial traffic experiment with the use of traffic signs, Mayor Salda claimed that the local traffic board will evaluate and assess the outcome of the experiment and recommended to the municipal council the adoption of the necessary measure that will formalize whatever will be the recommendations to be implemented to ease the traffic congestions in the area.

Representatives of the business, transport, academe, religious and other concerned sectors attended the scheduled public hearing where they aired their grievances against the sudden installation of the barriers and suggested that the same must be replaced with appropriate traffic signs for the benefit of the motorists and pedestrians.

The municipal mayor asserted that the local government remains aggressive in finding permanent solutions to the worsening traffic congestion along the aforesaid stretch of the road for the benefit of both the motoring and commuting public.

This post has already been read 1709 times!LA TRINIDAD, Benguet – Benguet caretaker congressman and Anti-Crime and Terrorism through Community