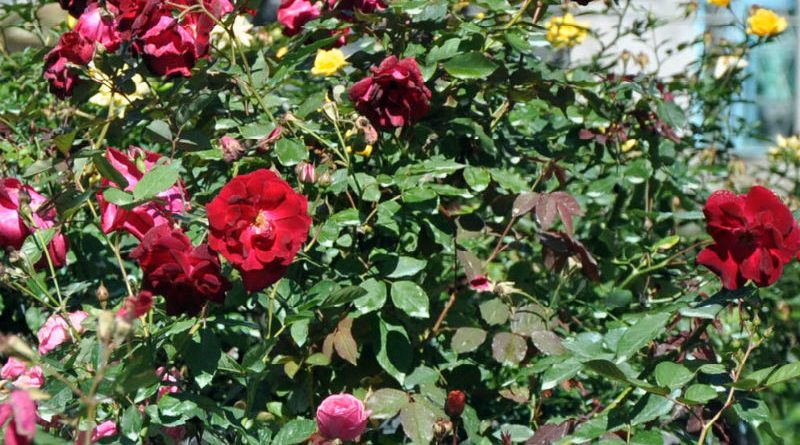 LA TRINIDAD, Benguet – The municipal government and a number of flower vendors and producers groups in the province worked out the establishment of cutflower stalls in a private property in Guagua, Pampanga to aggressively promote locally grown flowers in Central Luzon.

However, Mayor Romeo K. Salda said the operation of the cutflower stalls in the private property is on an experimental basis for two months to ascertain the viability of the business as the stalls are being rented and may not be affordable to the vendors in the end.

Salda was accompanied by Vice Mayor Roderick Awingan, officials of concerned offices of the municipal government and representatives from the local cutflower industry stakeholders during the soft opening of the cutflower stalls in Guagua town last week.

“ We will continue to closely work with other local governments in the different parts of the country for the accommodation of our cutflower traders for the marketing of flower produce in the local markets, and help sustain the identity of La Trinidad and Benguet as the major cutflower producer in the country,”  Mayor Salda stressed.

The municipal chief executive disclosed that the La Trinidad and the concerned cutflower industry stakeholders will assess the operation of the flower stalls in Guagua after the 2-month experimental period to ascertain its feasibility and if the vendors are able to generate sufficient income despite payment of monthly rentals.

According to him, if the experimental operation of the Guagua flower stalls will be successful, the same will be used as a template in the opening of similar flower stalls in other markets of urban centers in the country in cooperation with the concerned local officials in the promotion of flower sales  from the said vendors to make the operation sustainable and profitable  thereby increasing the market of locally produced cutflowers around the archipelago.

He pointed out the municipal government needs to extend assistance not only to the cutflower industry but also to the strawberry production and vegetable producers, as well as other emerging sectors, to sustain the robust growth of the municipality and the province as a whole as such industries are economic drivers of growth, apart from ecotourism.

He stated the establishment of flower vending sites in various local governments around the country will surely motivate and inspire the cutflower vendors to sustain the production of quality cutflowers to supply the available outlets.

Part of the cutflowers being sold in the market come from flower farmers based in other neighboring municipalities of Sablan, Tublay, Tuba, Atok, Kapangan while there are also cutflowers that are produced in some parts of Mountain Province and Ifugao.

Barangay Bahong in this capital town is known as the cutflower capital of the country, being the major source of cutflowers being sold in the different markets inside and outside the province.

This post has already been read 1756 times!LA TRINIDAD, Benguet – Benguet caretaker congressman and Anti-Crime and Terrorism through Community