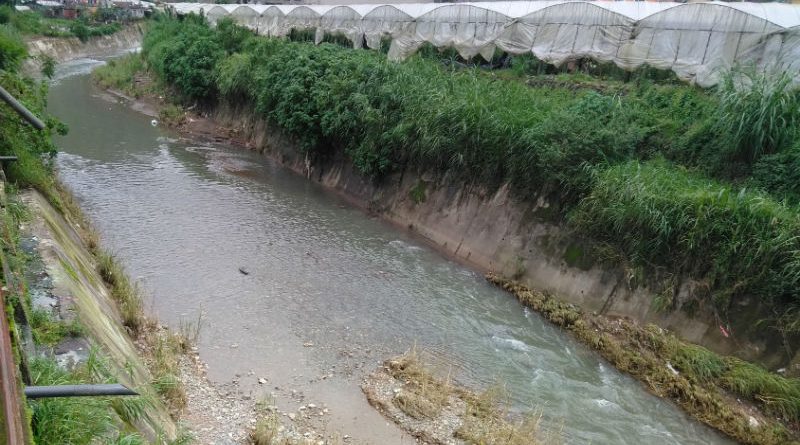 LA TRINIDAD, Benguet – Municipal officials of this capital town want Baguio City Mayor Benjamin B. Magalong to immediately make the necessary correction on his previous remark that water from the polluted Balili river is being used to water the strawberries that has tainted the image of the lucrative strawberry industry.

Mayor Romeo K. Salda claimed while it is true that Mayor Magalong sent a personal text message to him apologizing for the uncalled for remarks several hours after uttering the same, it is still best that the apology be done in public as the event where the erroneous remarks was issued was done in public right in front of Tourism Secretary Bernadette Romulo-Puyat,  Interior and Local Government Secretary Eduardo Año and Environment Assistant Secretary Jesus Enrico Moises Salazar.

He agreed with the contention of provincial and municipal officials that local officials must be sensitive in issuing remarks that tend to affect the image of neighboring local governments considering that Baguio City, La Trinidad, Itogon, Sablan, Tuba and Tublay belong to the so-called BLISTT growth area wherein they must be protecting the image of the concerned local governments.

Salda clarified that water being used in the strawberry fields come from the creeks near the farms aside from the deep wells in the area which were built to store clean water for watering the strawberry plants and that the Balili River is actually out of the picture.

According to him, instead of promoting the benefits of the BLISTT area, Magalong’s uncalled for statements seem to be contradictory to the purpose of the BLISTT now casting doubt on whether city officials are really inclined to help in developing a symbiotic relationship among the local officials and the people in the said localities.

Vice Mayor Roderick Awingan said that the municipal council will await if Mayor Magalong will make the necessary amendments to his previous pronouncements to correct the wrong impression created by his statement that tainted in the town’s lucrative industry which has lured thousands of tourists to include in their itinerary a visit to the La Trinidad strawberry fields.

The municipal council invited Mayor Salda during their regular session last Tuesday to inquire from him on what transpired during the meeting with the Cabinet Secretaries to guide the members on what future actions to take although they will still give time for the Baguio City mayor to pursue his commitment to Mayor Salda to make a amends on what he had uttered.

Awingan stated local officials should be working for the welfare of the local governments within the BLISTT and for them to attempt to destroy the image of a certain locality just to uplift the image of another will eventually ruin the gains of the BLISTT that was established by the former leaders of the concerned.

On the other hand, Mayor Magalong apologized to the La Trinidad, Benguet officialdom and constituents for what he described as uncalled for statements that are damaging to the neighboring town and their product.

“I was emphasizing that we in Baguio are guilty of polluting Balili River that flows down to the municipality, that we have a social responsibility to address it and that we are going to do something about it so that they will have cleaner water but in my desire to drive home that point, I came up with uncalled for statement that I should have not said at all.  I was wrong and I apologize,” the mayor said.

In the January 10 consultation with the heads of the Departments of Tourism, Environment and Natural Resources and Interior and Local Government, Magalong talked of the city’s urgent need to rehabilitate its sewerage system to address the pollution of the Balili River of which coliform level had run into quadrillions.

He then said this adversely affects the town including its strawberry produce being irrigated by with the water from the filthy water source.

Realizing his mistake, the mayor immediately apologized to La Trinidad Mayor Romeo Salda through a text message: “Good afternoon Manong Romy.  My apologies if you felt slighted with my pronouncement regarding Balili River and strawberry farm. I believe it was uncalled for. I will make amends.”

Salda acknowledged Magalong’s apology but sought to correct the implications of the statement in interviews with the local media where he reportedly said, “there is no irrigation from Balili River going to the swamp area where the strawberry farms are” and that they “have a source from the creek from Pico and Puguis but none from Balili River.”

La Trinidad Tourism Officer Valred Olsim reportedly appealed to officials of the BLISTT to be cautious in issuing statements to avoid putting neighbors in a bad light.

By HENT with reports of Aileen Refuerzo
Photo by Armando M. Bolislis

17       17SharesThis post has already been read 1090 times!The ongoing negotiations between the members of the city’s Public Private Partnership for