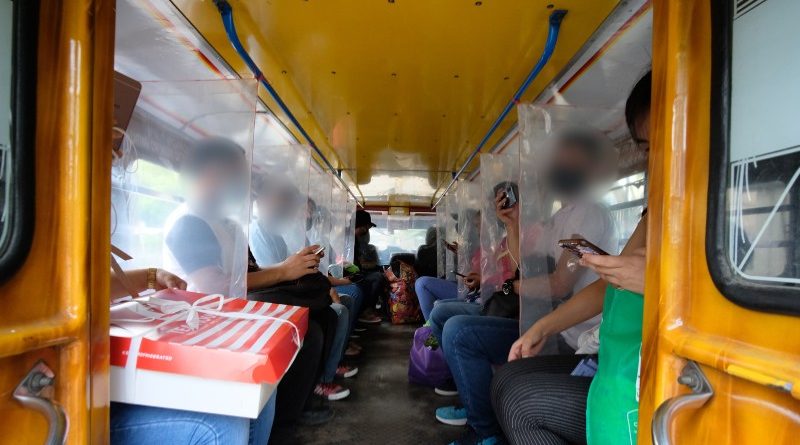 LA TRINIDAD, Benguet – The municipal government supports the removal of the installed plastic barriers inside public utility vehicles (PUVs) as part of the gradual and safe revival of the local economy, including the transport sector, which had been heavily impacted by the Coronavirus Disease 2019 (COVID-19) pandemic.

However, Mayor Romeo K. Salda claimed that the municipal inter-agency task force for the management of emerging infectious diseases will still meet with the concerned transport groups to discuss how to proceed with this plan.

Earlier, the inter-agency task force for the management of emerging infectious diseases directed the removal of the plastic barriers installed in public utility vehicles (PUVs) at the height of the pandemic to ensure the compliance of the public to the implementation of the health and safety protocols to contain the rapid spread of the virus.

The directive was issued by the task force as part of the ongoing easing up of the restrictions following the significant decline of COVID-19 cases in the country and to increase the capacity of PUVs from 50 to 70 percent as part of the gradual and safe revival of the local economy.

Salda pointed out that there is no problem in complying with the directives from the inter-agency task force but the transport sector must guarantee they will adhere to the limitations that had been imposed to prevent any infection.

According to him, the municipal inter-agency task force will ensure the transport sector in the locality will make their own rules to ensure compliance to the aforesaid directives by the national government.

He urged the local transport sector to sustain their cooperation on the ongoing implementation of the restrictions that are now being eased up so that the gradual and safe revival of the local economy will be successful and for the situation to get better in the coming months to allow them to recover from their losses.

For the past several months, the number of COVID-19 cases being recorded in the municipality had been significantly decreasing, which resulted in the eventual closure of some of the town’s isolation centers.

But Mayor Salda stipulated that these isolation centers that had been temporarily will be immediately opened any time needed.

He expressed his gratitude to the residents for their continuous adherence to the health and safety protocols that allowed the significant reduction in COVID-19 cases which is now allowing the gradual and safe revival of the local economy. By HENT