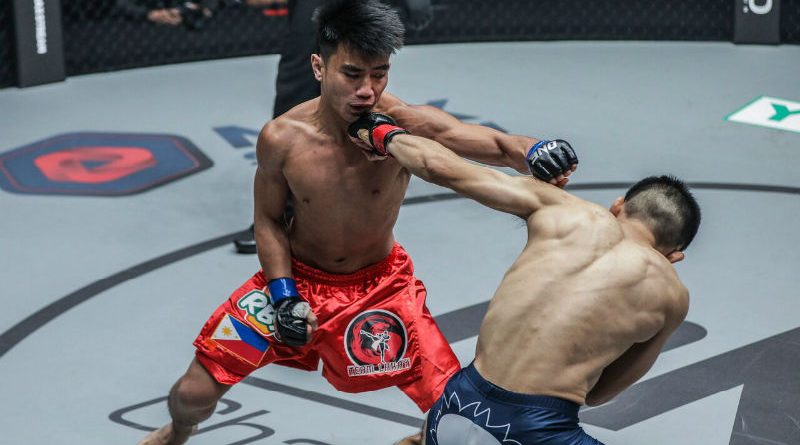 After Brandon Vera lost his ONE heavyweight title recently, Joshua “The Passion” Pacio remains the only Filipino in possession of a ONE Championship belt.

He knows what that means to the passionate Filipino fan-base but the reigning ONE Strawweight World Champion is taking everything in stride rather than be weighed down by the pressure.

After all, the goal never changes for him whenever he steps inside the cage: to hoist the country’s flag high and proud.

“A lot of people are saying I’m the only champion left for the Philippines. But for me, I don’t feel any pressure because that’s not what’s in my head right now. Instead, I’m more focused on improving my skills and I’m more focused on what to bring next inside the ONE Circle,” he said.

Pacio has also experienced the highest of highs when Filipinos were the toast of the town in the promotion. He was part of five Filipinos who simultaneously held belts in ONE Championship in 2018, four under the Team Lakay stable.

Vera also successfully defended his title in the same year.

That dream run built Team Lakay’s lore as one of the, if not the best, mixed martial arts stable in the country.

However, his teammates fell one by one in their succeeding bouts following their reign and Vera eventually surrendered the ONE Heavyweight World Championship to Arjan Singh Bhullar  at ONE: Dangal, leaving Pacio the only one to successfully maintain a title defense run.

He currently sports a 17-3 career MMA fight record. October 17, 2016 in Yangon. His first crack at a title came at age 20 when he was getting the better end of Yoshitaka Naito on October 17, 2016. He was punishing Naito with Wushu strikes a miscalculation in the third round was capitalized by the Japanese for a rear naked choke.

The loss didn’t deter Pacio as he would record five wins in his next six bouts to book another date with Naito for the title.

He finally reach the pinnacle of the strawweight division when he solved Naito’s takedowns during their rematch on September 22, 2018 , winning by unanimous decision.

While his first reign was cut short with a controversial split-decision loss four months later to Yosuke Saruta, his ruling the division was for real when he didn’t disappoint ONE’s top brass who immediately ordered a rematch.

Pacio scored a sensational fourth round knockout win with a well-timed knee to regain his lost title and forced ONE Chairman and CEO Chatri Sityodtong to announce later that night that there would be no need for an immediate trilogy due to Pacio’s definitive win.

Pacio went on to successfully defend his belt against compatriot Rene Catalan on November 8, 2019 by arm-triangle choke in the second round and Alex Silva on January 31, 2020 by split decision.

At present, he is still waiting at his fourth crack to defend his title. With the attitude he just displayed, his rivals are in for a tough time if they are to take his title away.

This post has already been read 967 times!TABUK CITY, Kalinga – With the voter’s registration extended, the Commission on Elections