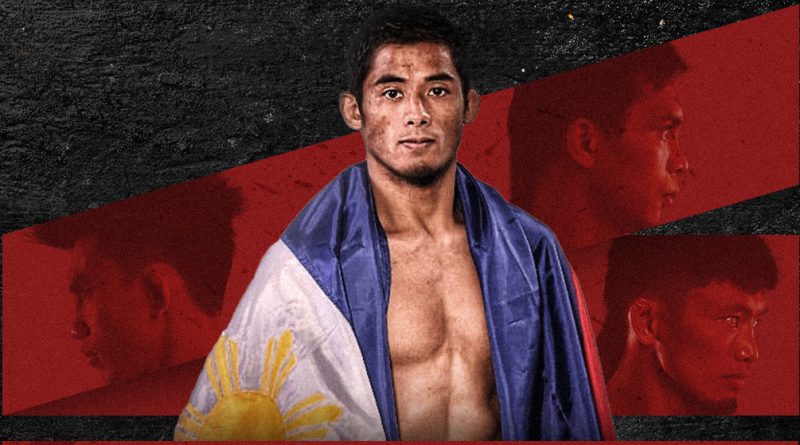 It’s obvious Stephen Loman wants to extend his winning run in BRAVE when he jumped ship to ONE Championship in 2021, his primary goal being to also become a World Champion with his new organization.

Except at the expense of his stable mates, the Baguio City native is willing to face anybody in his path keeping him from holding the belt.

Whether that’s reigning ONE Bantamweight World Champion John “Hands of Stone” Lineker, former kingpin Bibiano “The Flash” Fernandes, or even the streaking Fabricio “Wonder Boy” Andrade, who recently collected his fourth straight knockout victory last week at ONE 158: Tawanchai vs. Larsen, it doesn’t matter for Loman.

Andrade stopped #2-ranked Kwon Won Il in just over a minute in the first round with a thunderous kick to the liver that instantly dropped the South Korean. The victory may have punched a ticket to a shot at the World Title for Andrade, although nothing is official as of yet.

“Wonder Boy” is certainly fixated on fighting for the belt next, but also mentioned in previous interviews that should he become champion, his first title defense could come against Loman.

For his part, “The Sniper” is more than game, and the 26-year-old Filipino unsurprisingly employs the same mindset as his younger Brazilian counterpart.

“In any case, from Lineker or from Andrade, I have a firm goal to bring the belt home to Philippines,” said Loman.

“We are aiming at the same target and that’s to face John Lineker and be the World Champion in the Bantamweight division. Surely Andrade is a tough one and if he will get the chance to fight Lineker before me and if he aces out Lineker then I am all up to grab the belt from him, if given the opportunity.”

Loman is a perfect 2-0 in ONE Championship since making his promotional debut late last year. He stopped former top-five fighter Yusup Saadulaev in his first fight in the Circle in December, and then decisioned highly regarded Shoko Sato in January.

Loman’s victory over Saadulaev allowed him to gain entry into the bantamweight top five, earning a berth at the #3 spot in the rankings.

Conversely, Andrade has no doubt been as impressive, if not even more, and now appears to be on a collision course with Loman.

For his part, “The Sniper” believes a fight against Andrade is inevitable, and one that could come sooner rather than later.

“Yes in the future I will be facing him. I need to maintain my rankings at the top 5 for that to happen and that’s what I’m going to do,” said Loman.

This post has already been read 3066 times!QUEZON, Nueva Vizcaya – Embattled indigenous peoples in this remote town are now