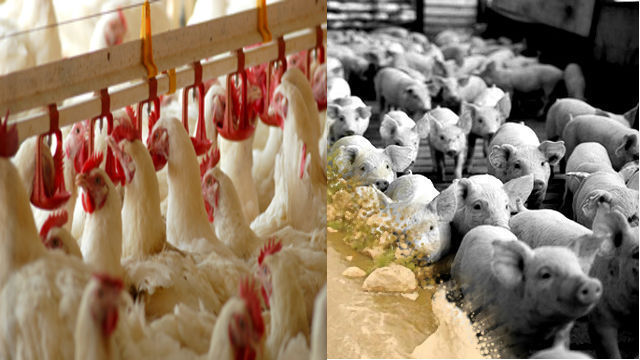 Key program implementers of the program from the veterinary units of Abra, Apayao, Benguet, Ifugao, Kalinga, Mountain Province and the cities of Baguio and Tabuk attended the meeting to evaluate accomplishments, plan programs and projects for CY 2018, and discuss and prepare development proposals for 2019.

Among the topics presented during the meeting was mycotoxin, particularly its effects on livestock feeds.

There are many types of these poisonous compounds associated with diseased or moldy crops and regularly found in food and animal feedstuffs such as grains and seeds. Those that do occur in food have great significance in the health of humans and livestock.

The most common type of mycotoxin is aflatoxin, a poisonous carcinogen. Ingested, it can escalate the risk of development of breast cancer, liver cancer, prostate cancer, diabetes and other diseases. This toxin, according to the Integrated Laboratories Division (ILD) of the DA is abundantly developing from molds of that grow in soil, hay, corn grains, rice, and other agricultural crops. Milled corn, being the main ingredient of feeds fed to swine, chicken, and ruminants can also carry this toxin.

A sub-tropical and humid region, like the Cordillera, can still be a fair host to the growth of mycotoxins. As it affects livestock and humans both, the provincial veterinarians from all the provinces followed the discussion with an intensive Q and A session on how to manage and mediate the occurrence of these compounds especially, on feedstuff.

To mediate the occurrence of mycotoxins and safeguard the health of livestock, the ILD encouraged the Provincial Veterinarians to participate actively, especially in submitting at least 200g of feeds, corn mill, or mixed feeds for regular sample analysis.

For his part, DA-CAR Regional Executive Director (RED) Narciso Edillo also stressed on the improvement of post-harvest facilities such as the setting up of recyclable driers for farmer cooperatives, especially those planting corn.

“If we could build or assist in the processing of feeds, we can at least help in ensuring the safety of these feeds and improve quality and overall profitability for farmers”, explained RED Edillo.

He also said that despite the use of fungicides, an organic system of farming appeared to generally maintain the low level of mycotoxins and or aflatoxins.

This is why it is important to promote organic farming and increase the current 5% of a region’s agricultural land or total crop production area devoted to organic farming. Technologies to protect and grow crops through organic means shall consequently be looked into, focused on, and improved, he said.