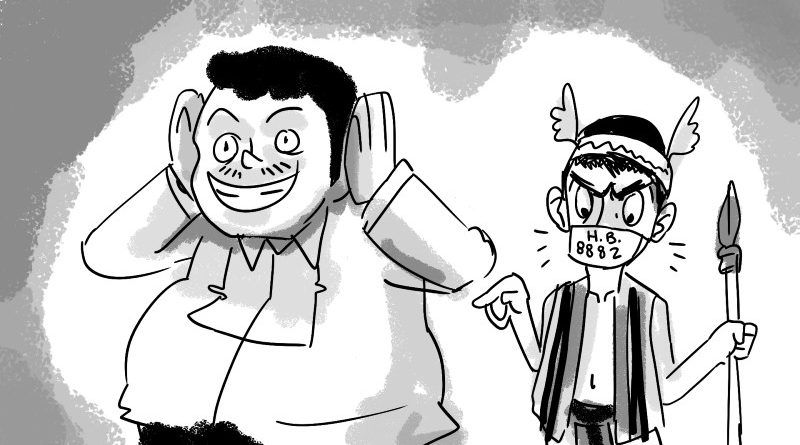 The attempt to amend the century old Baguio City charter was used as one of the major campaign platforms of aspirants for the various elected positions in the 2001 mid-term elections that paved the way to the filing of bills that sought to provide the desired revisions to the same in the succeeding Congresses. The city’s charter that established Baguio City as one of the two chartered cities in the country was approved by the Philippine Commission during its session that was conducted in the city on September 1, 1909. The first chartered city in the country was Manila which happens to be the country’s capital and the seat of government of the Republic of the Philippines.

Obviously, the situation of the city over a century ago is totally different compared to the prevailing situation in the country’s undisputed Summer Capital, thus, the need to institute the appropriate revisions to the charter to conform to the real situation on the ground and the state of development that the city is currently experiencing.

Under the old city charter, the land area of Baguio City is approximately 57.6 square kilometers but because of an existing boundary dispute with the nearby town of Tuba, Benguet, it appears that the city’s land area is around 49.8 square kilometers which has been the subject of a legal action for the city to be able to recover some portions of its land area. Aside from entering into a compromise agreement, Baguio and Tuba officials decided to include the settlement of the dispute and the proposed wrapping of properties as one of the key provisions of the previous legislations that were filed for the revision of the city charter as the same was seen as the easiest way to achieve the settlement of the aforesaid dispute. In fact, a huge portion of the Tuba municipal hall stands in the property of the city that is why previous officials were compelled to seek available remedies to settle such dispute that resulted in the inclusion of the provisions in the bill the swapping of properties to end the conflict.

Other pressing issues on urbanization that were supposed to be addressed by the proposed revision of the city charter were land issues and the ancestral claims of indigenous cultural communities and indigenous peoples who were the first inhabitants of the city aside from putting in place the structure of government that will conform with the existing situation and the population. Earlier, American urban planner master planned \Baguio City to be good for at least 25,000 inhabitants but the same is not feasible at this point because the city’s current population based on the latest census of population is around 378,000. Worst, its day time population could reach as much as 700,000 because of the influx of day time visitors and other individuals from neighboring communities in the uplands and the lowlands for them to transact businesses in the city.

In 2013, Congress was able to pass the proposed revision of the city charter but the same was unfortunately vetoed by former President Benigno Simeon C. Aquino III as some of the pertinent provisions of the Constitution where the same was considered as a serious setback on the efforts to update the charter.

Incidentally, the House of Representatives allegedly approved House Bill 8882 on third and final reading and was transmitted to the Senate for the possible passage of its counterpart bill, Senate Bill 2164, both seeking to revise the city charter, which is now pending with the Senate committee on local government. Recently, the technical working group of the Senate committee on local government was in the city to supposedly iron out the conflicting provisions of the two legislative proposals for the same to be submitted for plenary debates in the Senate. Observers raised concern over the obvious railroading of the bill.

We agree to the proposals of some concerned sectors and a number of city officials that the proposed legislations on the revision of the city charter did not pass public consultations. There is really a need for the bill to be subjected to public scrutiny instead of speeding up its approval as there are still contentious provisions that need to be enhanced. The people of Baguio deserve to be properly informed of the contents of the bill for them to be able to come up with their suggestions and recommendations on how to improve the obviously copy paste provisions of the same. The people want the revisions to be introduced in the charter to conform to the present condition of the city We are wondering why there were no public consultations that were conducted for the said purpose. We deserve leaders who want their works to be critique by the public. We need leaders who listen to the plight of the people on small and big matters.

15       15SharesThis post has already been read 163 times!Firstly, it is fervently wished Talk N Text’s Troy Jeth Rosario gets to