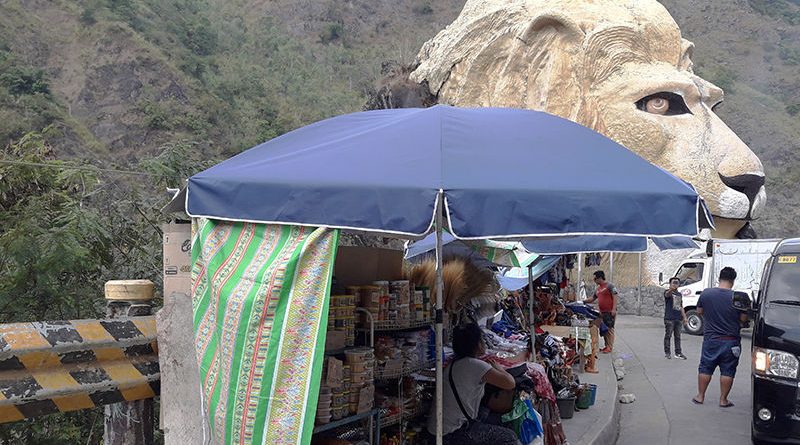 The mayor said the stalls which were demolished last year but were rebuilt along the area contribute to the traffic congestion being experienced along the stretch particularly during weekends and holidays when tourists flock to the City.

“Apart from taking pictures, these tourists tend to buy souvenirs from these illegal stalls taking them more time than necessary to stay in the area with their vehicles parked and causing clogging of the lanes,” the mayor said.

He directed the City Building and Architecture Office under city building official Engr. Nazita Banez to coordinate with the Dept. of Public Works and Highways regional and city offices and the Public Order and Safety Division (POSD) to undertake the clearing and to confiscate the materials and the goods being sold to discourage the owners from returning to the area.

The same offices last year dismantled more than 15 illegal structures within the road right-of-way) of the national highway.

The shanties and stalls were constructed without building permits in violation of Section 301 of the National Building Code and encroached on ROWS obstructing the flow of vehicular and pedestrian traffic.

However, the mayor said that the owners have started returning to the area to again ply their trade to the detriment of the public.