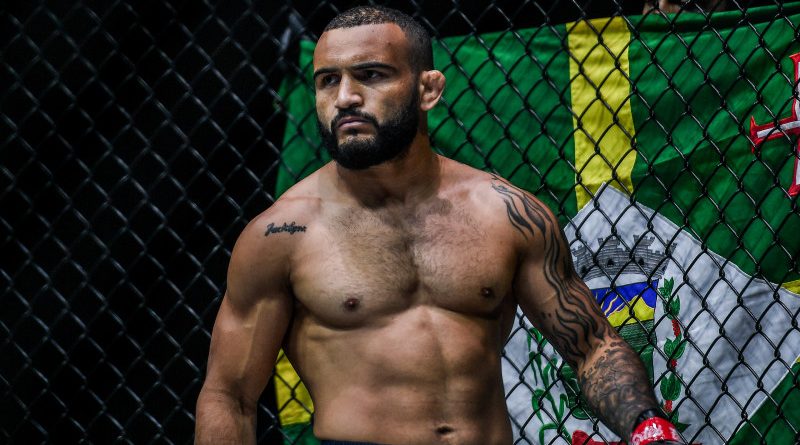 It is no longer an all-Bibiano Fernandes division. John “Hands of Stone” Lineker put an end to Fernandes’ second  reign as ONE Championship bantamweight champion with a devastating knockout at ONE: Lights Out March 11, 2022 at the Singapore Indoor Stadium.

The fight started with both men appearing to be willing to engage on their feet. After a few exchanges, Fernandes took the fight to the mat on his first takedown attempt but had to give up the position as nothing came out of it.

As the fight goes back to a striking contest, Lineker displayed the power he got with wild but hard swings and tagged Fernandes with multiple hits.

It looked like the end could be near at this point as “The Flash” was visibly hurt from a series of punches he received. He, however, send an onrushing Lineker to the canvass by a counter left straight.

Fernandes quickly followed to mount but overshoot the attempt, allowing Lineker to instead get a full mount. Both men exchanged hits on the ground until the bell sounded.

The striking contest continued from the onset of Round Two. Fernandes was clearly bothered by Lineker’s power and fired jabs and straights to keep his foe at a distance.

Fernandes again went to his grappling and successfully took down his hard-hitting rival to the mat once more. “The Flash” worked to get a full mount to make it like he’s gonna win the round that was halfway through.

However, Lineker worked his way to the fence and use it as leverage to get back to his feet.

They traded strikes again with Lineker landing more hits to Fernandes’ face. Then a pinpoint “Hands of Stone” left hook found its target sent Fernandes crashing to the canvas.

The shot definitely did enough as the referee rushes in to waive the fight even as Lineker sneaked one last hammer fist with 1:20 left in the round.

Lineker improved his record to 34-9. He in now 4-0, including a knockout of Kevin “The Silencer” Belingon also in the second round on November 2020.

Fernandes, who did not taste a defeat as bad as this during his ONE Championship stint, fell to 24-5.

Lineker is majorly responsible in ending the Fernandes-Belingon era in the bantamweight division but now has to deal with a bunch of talented newcomers that includes Team Lakay’s Stephen Loman, South Korean Kwon Won Il, and Brazilian Fabricio Andrade, who all have proven they are worthy challengers to the throne.

For sure, Fernandes will still be in the mix and Belingon should be raring to prove he is still not ready to slide down from his fifth-ranking despite his horrible slump.

This post has already been read 2459 times!35 individuals wanted by the law were arrested in a week-long intensified manhunt