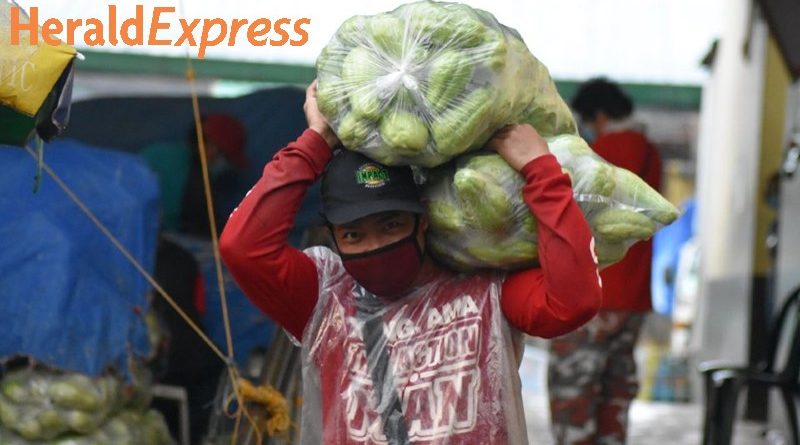 LA TRINIDAD, Benguet – Various agriculture industry stakeholders in the province branded the lifting of the clustering of municipalities whose farmers will be allowed to deliver their vegetable produce to the different large-scale trading centers in the capital town and Nueva Vizcaya as ill-advised and untimely.

Insiders in the different vegetable trading centers who opted not to be identified claimed that the influx of farmers from Benguet and some parts of Mountain Province and Ifugao delivering their agricultural crops resulted to the further drop in the wholesale buying prices of vegetables causing heavy losses on their part.

The sources claimed that when the clustering of the municipalities had been enforced, the buying prices of vegetables was stable even if the same was low as it was affected by the low demand but not as low as what prevailed after the clustering was untimely lifted.

Further, they claimed the lifting of the clustering of municipalities that are scheduled to deliver their vegetables to the trading centers had resulted to problems in the management of the vehicles loaded with the agricultural crops that will be sold at the existing vegetable trading post, the Benguet Agri Pinoy Trading Center (BAPTC) and other private trading centers in the municipality.

Earlier, Gov. Melchor D. Diclas lifted the clustering of municipalities whose farmers will be allowed to deliver their agricultural crops to the different trading centers in La Trinidad and Nueva Vizcaya that resulted to the sudden surge in the number of farmers bringing their produce causing the further drop in the buying prices of vegetables.

According to them, the concerned agriculture industry stakeholders should have been consulted by the provincial government to get their insights on the lifting of the clustering schedule before making a decision so that the interest of the greater majority of the industry stakeholders should prevail instead of the few sentiments of a few local chief executives who were only thinking of their political interests.

The sources stated the interest of the farmers had been affected by the lifting of the clustering schedule because the further drop in the wholesale buying prices resulted to no income at all for them compared to the previous months when the clustering was enforced, farmers were able to realize minimal income even during the height of the enhanced community quarantine.

The sources called on the provincial government to reconsider its decision lifting the clustering schedule so that the wholesale buying prices of vegetables will slightly improve for the benefit of the farmers and for them to be able to bring home minimal income for their families to be able to cope with the effects of the prevailing community quarantine.

They stipulated that during this crisis situation, untimely and ill-advised decisions should not be handed down by authorities without consultation with the affected sector main stakeholders. By HENT