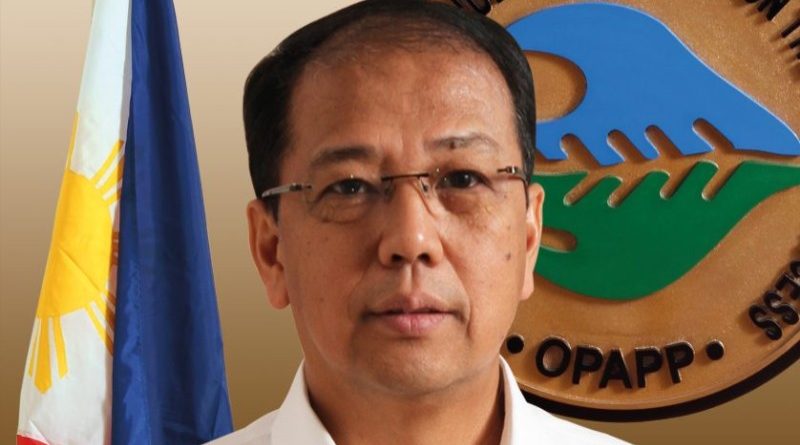 BAGUIO CITY  – The national inter-agency task force for the management of emerging and re-emerging infectious diseases wants all local governments to put up their respective molecular laboratories to help significantly improve the testing capacity of government and private health facilities to contain the rapid spread of the dreaded Corona Virus Disease (COVID) 2019 and the possible occurrence of the second wave of the infection.

National Anti-COVID Action Plan Chief Implementer and presidential Peace Adviser Carlito Galvez, Jr. pointed out that one of the long-term solutions to fight the continuous spread of the deadly virus is to improve the testing capacity of health facilities with the involvement of local government units by investing on the put up of at least one molecular laboratory in their areas of jurisdiction to ensure the timely release of test results.

Galvez was in town Thursday to grace the meeting of the Regional Inter-agency Task force and the Cordillera Regional Disaster Risk Reduction and Management Council (CRDRRMC) that was held at the Cordillera Conveition Hall of the Baguio Country Club (BCC) through the initiative of Mayor Benjamin B. Magalong.

The Palace official turned over to the Cordillera office of the Office of Civil Defense (OCD-CAR) some 10,000 reverse transmission polymerase chain reaction-based test kits, 8,200 sets of personal protective equipment that will be equitably shared by the local governments comprising the region and some 1,300 rapid diagnostic test (RDT) test kits.

He disclosed that there are some 30 accredited sub-national testing laboratories in the country which is a far cry from the earlier 3 testing centers at the time of the implementation of the Luzonwide enhanced community quarantine.

However, Galvez claimed that there are still some 110 pending applications for accreditation of as testing centers in the different parts of the country which the task force plans to complete by the end of June that will significantly improve the country’s testing capacity.

In the Cordillera, he stated that aside from the 3 proposed testing centers in io city, each of the 6 provinces should have their own accredited molecular laboratories to prevent unnecessary delays in the release of test results and backlogs in designated sub-national testing laboratories.

Secretary Galvez assured the different local governments that the health department and the task force will be extending appropriate assistance for the proposed establishment of their own molecular laboratories that will cater to the targeted and expanded testing of their constituents to ascertain the degree of COVID infection in their places for the crafting of the needed strategies to curb the spread of the virus among their populace.

The Palace aide underscored that it is through the conduct of expanded testing among the priority sectors previously identified by the health department that the government can ascertain the degree of infection of the population, thus, the need for the active involvement of local governments in the put up of accredited testing centers to help in improving the capacity of health facilities to conduct the required tests and timely release the same to prevent the suspects from spreading the illness.