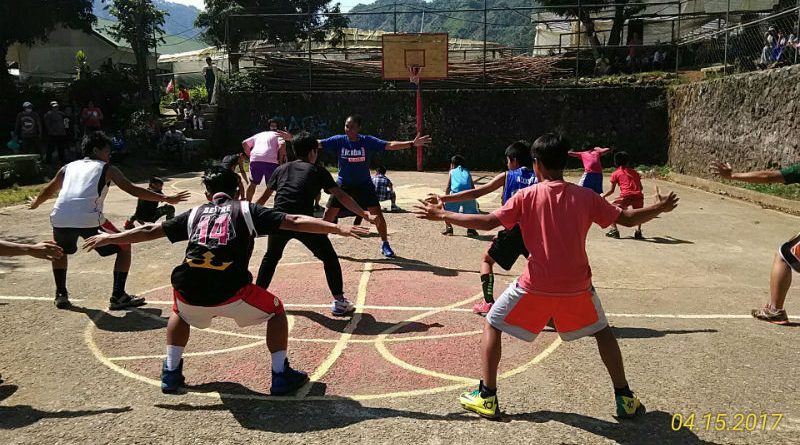 There is an old Latin phrase that goes “Mens sana in corpore sano” usually translated as “a healthy mind in a healthy body”.

Used to teach young people in school and in sports about the importance of engaging in physical activities, this saying also suggest truth in the reverse order, a person with a healthy mind will usually be engaging in some sort of physical activity to stay in shape.

An alarm was sounded off by Congressman Lito Atienza lately about the lack of physical activity in young Filipino students.

According to him, 9 out of 10 children aged 11 to 17 lacked physical activity, quoting a certain journal abroad.

Isn’t our country known for so being passionate about basketball that Filipinos make makeshift basketball rings on the dirt in backyards or in the middle of busy streets just to play hoops?

Is dancing not one of the more popular presentations in school programs?

It was seemingly just a moment ago when the sight of parents or guardians will be tasked to watch over their elementary kids because they are playing hide and seek, jolens, text, Chinese garter, piko, tumbang preso, and a lot more indigenous Filipino games.

While it may be true that these games may not be heard and are obsolete in urban areas like Baguio and Metro Manila because kids who engaged in physical activity are into organized games and sports, the general feeling is that these games is still alive in the provinces.

This is a sorry state if it is indeed true because sports and physical activities are not just about the playing of a game and enjoying the entertainment it brings.

Well, for one, physical activities are generally a cheap way to make one’s body stay in shape. A brisk walk or a run around some friendly neighborhood or a park does not cost much, except for the time spent.

Just pause for a moment and think at these three surefire benefits from exercising for children:

(1) Less chances of getting sick: children who play outdoors are less likely to catch diseases than those who stay inside a closed, clean room. It is because, according to health and science, the body develops immunity and anti-bodies by playing outside in the dirt early in life.

(2) Less injury prone: children who are physically active burn more calories and have less chances of becoming overweight. Being overweight often limits and restricts quicker body movement and reactive reflexes in avoiding physical injury from normal occurrences like stumbling or running into objects.

(3) Less chances of developing bad vices: physical activity keeps the child busy. It keeps them occupied during their practicing and performing the activity and tired afterwards. It’s the perfect way of keeping them from some of the unwanted things in life.

There are more aside from these ones. Some will be carried by these kids until their adulthood.

These lack physical activity among children today is something the government should really address. Congressman Atienze said it best, this scarcity may even have something to do with the proliferation of illegal drugs among the youth.

A lot, including this author, definitely agree with this proposition. It is about time to get more sports activities for elementary and high school students.

Education should still be the utmost priority for children attending school. However, kids are generally playful. And it is generally what parents like to see.

Speaking of generalities. can somebody think of a more beautiful sight relative to children than them running around the house when they have nothing to do at all? I suspect you can suggest only a few alternatives that are cheap and beneficial as playing or engaging in sports.

Kids in school can learn while still retain their being kids and young adults.

It’s about time to let them do what they do best while learning academics.

Let the kids play! It’s for their own good anyway.