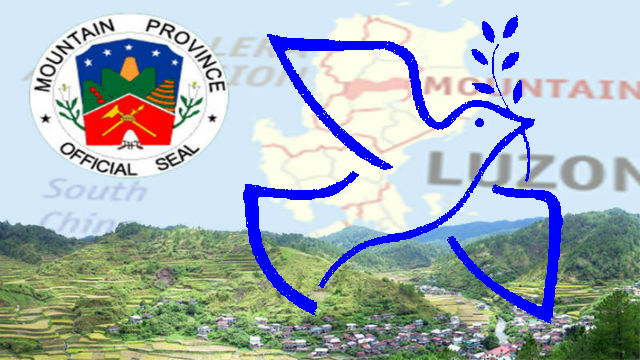 Camp Major Bado Dangwa, La Trinidad, Benguet – In a peace consultation with Betwagan representatives, Sadanga Mayor Hon. Gabino P. Ganggangan, strongly suggested “Sapata”, the indigenous way of finding out the truth, to be conducted between Betwagan and Bugnay, as the two conflicting tribes still claim different versions as to their boundary.

Addressing the NCIP, Mayor Ganggangan, requested them to get the two tribes to agree on a sapata, during the second day of consultative meeting held on January 28, 2021 at Camp Lt Geronimo F Montes, Bontoc, Mountain Province.

In his message, Hon. Ganggangan presented his standpoint as the mayor.
“We have to respect history”, he said, adding that the tribal boundary or the Macli-ing boundary, which was agreed and provided in their pagta under the Gayudan-Tangkiao Bodong, should also serve as the final municipal boundary and provincial boundary.

During the meeting, Betwagan representatives identified elders/peace pact holders from the neutral tribes who can serve as additional resource persons, and who will speak before the investigative body to give their unbiased account on the disputed boundary.

PROCOR’s Chief Regional Staff, Police Colonel Ramil L Saculles, explained that more evidence is needed which should be independently collected by the fact-finding body, not those submitted by the conflicting tribes, to be presented to the Regional Law Enforcement Coordinating Committee (RLECC), and which would be the basis for establishing the boundary.

This post has already been read 2510 times!The city identified some twelve priority investment areas that are expected to contribute in efforts