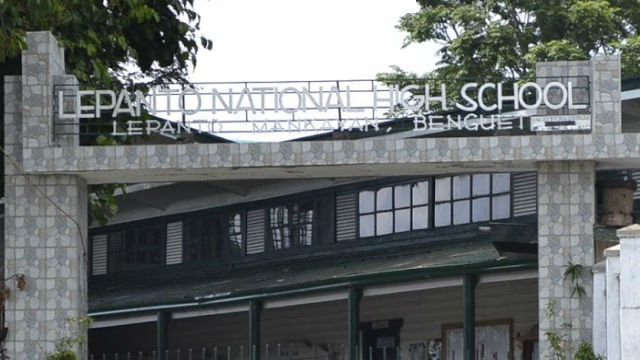 The School Performing Arts of LNHS advanced to the National Level after winning the Preliminary Round of the competition held in the previous months.

Twelve members of the LNHS team portrayed a historical event in 1960’s where the farms of Mankayan were attacked by army worms destroying almost all crops thus the harvest was not good so the people consulted with the elders and their advice was for the ritual Begnas to be performed.

In the olden days, BEGNAS is a community ritual of the Municipality of Mankayan whenever there are problems such as scarce harvest, pest or famine which starts with a simulation of a head-hunting raid early in the morning.

The simulated severed head which the community warriors get from the mountains symbolizes the victory of the people over their adversities then festivities follow to celebrate and to ask the Kabunyan, the God of all Gods his blessings.

The competition is an annual event organized by the Philippine Arts and Culture Educators Society, the Bulwagang Filipino Theatre Guild in coordination with the Department of Education and the National Commission on Culture and the Arts.

This post has already been read 302 times!Biscuit and snack food giant Rebisco is all-out for Philippine volleyball. The main