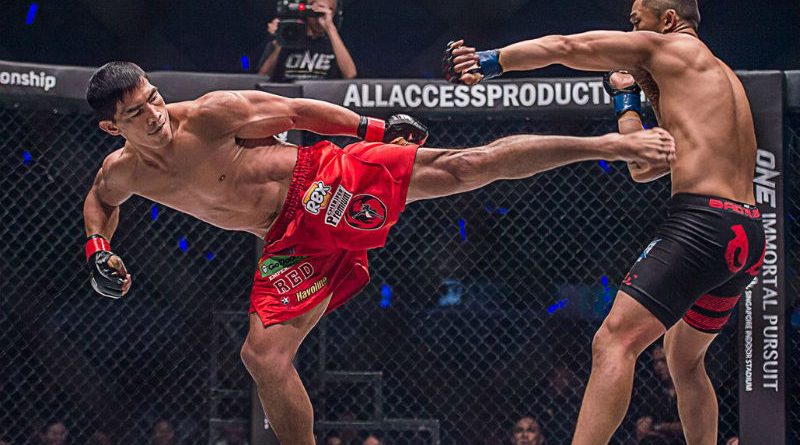 The Lee Siblings are occupying the spotlight of ONE: Unstoppable Dream on May 18 at Singapore where Former ONE Lightweight World Champion Eduard “Landslide” Folayang tries to rekindle his success.

Women’s Atomweight Champion Angela “Unstoppable” Lee is set to defend her title in the main card while younger brother “The Warrior” Christian has set sights on the featherweight world title.

The Unstoppable will finally be defending her atomwieght title against Mei Yamaguchi while The Warrior is taking a shot at Martin Nguyen’s Featherweight title.

Angela became the sport’s youngest champion ever when she won the initial title match at 19 years and 10 months in 2016 by defeating Yamaguchi for the ONE Women’s Atomweight.

She defended it successfully twice before being involved in a car accident that sidelined her for six months which is the main reason why this match was reset from the original November, 2017 date.

On the other hand, Nguyen won the title last August 18 Marat Gafurov. He became the first man in ONE to hold two titles simultaneously by dethroning Folayang from the lightweight throne, although this title is not stake in the match.

If successful against Nguyen, Christian will become the sport’s youngest male world champion ever at 19 years, 11 months.

It would also be the first time a brother-sister combination will be holding world titles in mixed martial arts.

Meanwhile, Singapore has been memorable to Folayang. Nearly two years ago, he hoisted an intricately-crafted hardware above his head in celebration after claiming the biggest victory of his professional career.

Folayang’s world title-clinching performance against Shinya Aoki at ONE: Defemding Honor in November 2016 was a win that no one ever expected, but what made it more spectacular was how the beloved Filipino superstar defeated the Japanese mixed martial arts legend with his bare hands.

In the third round, Folayang thwarted the Japanese veteran by driving a hard knee to the head before unleashing a barrage of punches to coerce referee Yuji Shimada to wave the fight off.

The manner by which Folayang beat a high-profile competitor like Aoki shocked the world because the latter has long been considered as the most dominant lightweight mixed martial artist in the Asian region for the better part of the last decade.

When Folayang sets foot on Singaporean soil again, he will lock horns with undefeated Russian prospect Kharun Atlangeriev in the undercard.

“Singapore is where I won the title. I was the underdog in that title bout against Shinya Aoki, but I managed to pull off the upset win. It was so memorable. The country will always be dear to my heart,” he said.

Folayang feels elated to strut his wares again in Singapore Indoor Stadium, the same venue he won the ONE Lightweight World Championship belt.

“Singapore is an awesome country. The venue is so awesome. It’s truly world-class. The energy is palpable. I won’t say it’s my home court, but it gives me the motivation and inspiration because it is the place where I became the champion,” he stated.

His return now is with the intention of putting himself back in the world title picture.

Six months ago, Folayang suffered an excruciating setback at the hands of ONE Featherweight World Champion Martin Nguyen.

After an exciting first round, Nguyen uncorked his signature overhand right at Folayang, who attempted deliver a spinning back-kick.

The punch connected right on the Team Lakay veteran’s chin, ultimately knocking him out in the second round and costing him his world title.

In the aftermath of his unsuccessful second title defense against Nguyen, Folayang admitted that he did not exactly know what to say or how to address the loss.

Aside from finding the right words to express himself, Folayang also took an extended break to understand the errors that he made during the lightweight championship contest.

Folayang stressed that he needed to relax and ease his mind before he could even think about returning to Team Lakay and resume training for another bout.

“I am more motivated than ever,” he declared. “I am definitely looking forward to what 2018 is going to bring. I am laser-focused, and I am confident that I can get the world title back.”

His opponent is known by the moniker as “The Predator” due to his intense demeanor inside the cage, Atlangeriev has gone the distance just once in his prizefighting stint as ten of his 11 career wins have come by way of finish.

Atlangeriev seeks to make an impact in his ONE Championship debut by defeating a former world titleholder in Folayang.

“I won’t take any opponent for granted, especially not someone as talented as my opponent on May 18. I still have much to do in the sport of mixed martial arts. I’m going to kick off the next chapter of my career against one of the top prospects in this promotion,” Folayang mentioned.

According to Folayang, he has his mind in the right place as the Team Lakay representative plots to run through the ranks once again in an effort to recapture the ONE Lightweight World Championship.

“You win some, and you lose some. It is part of being an athlete. Despite the losses, I remain as motivated and as determined as ever. One loss will not stop me from reaching for the stars and chasing my dreams. I am working harder than ever to get back to championship form. A different ‘Landslide’ is ready to emerge from the rubble,” he guaranteed.