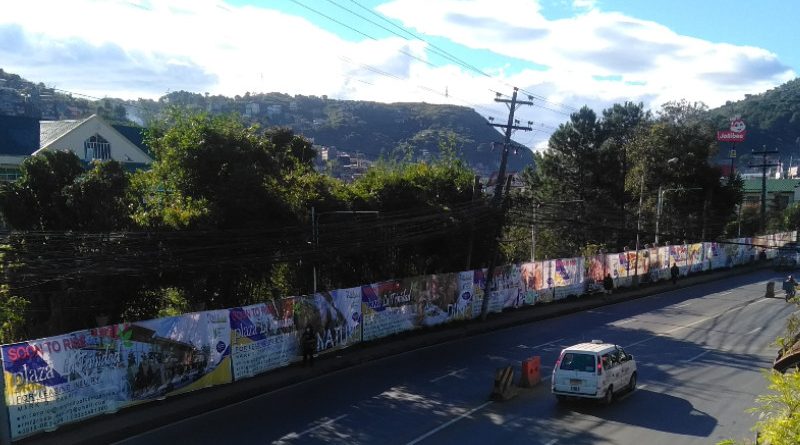 LA TRINIDAD, Benguet – Concerned sectors in the municipality questioned the management of Graceland Corporation for already offering for lease the spaces in the mall that will be constructed within a 4,000-square meter property of the State-run Benguet State University (BSU) when the project was not yet issued the green light to proceed.

Sources, who requested anonymity for obvious reasons, pointed that what the developer of the 4-storey mall possesses is only a memorandum of agreement (MOA) detailing the conditions of the use of the leased property but the company does not have the pertinent permits from concerned government agencies and the municipal government to pursue the project and offer the available spaces for lease.

The sources pointed out that it seems that the developer is trying to entice interested businesses to already apply for the available spaces that will be offered and for them to possible make payments without the benefit of being given a definite period when to build the mall and when will be the facility be operational that will surely make their money sleep for quite some time in the hands of the company.

Further, the sources opined that the 20-month self-imposed timetable for the developer to be able to complete the pertinent permits for the project might not be sufficient because of the tedious processes involved in securing the environmental compliance certificate (ECC), free and prior informed consent (FPIC), zoning clearance, building permit among others, thus, it will not be advisable for interested tenants to make such reservations as there is no guarantee if the developer will be allowed to proceed with the project.

According to him, the signing of the agreement between the developer and the present BSU administration is not a guarantee that it will be smooth sailing because the failure of the parties to actively involve the local government on the aforesaid matter might have hurt the feelings of local officials who might retaliate by making it difficult for the company to process the required permits similar to what happened to the proposed mall project that was supposed to be constructed by a private developer within the parking lot owned by the locality right in the heart of the valley.

Under the prescribed processes, the area that will be developed should be classified as commercial from its current institutional use status where the same will be incorporated in the institution’s comprehensive land use development plan. Subsequently, the university’s CLUP must be submitted to the municipal government for the same to be aligned with the existing zoning ordinance prior to the future processes to proceed with the applications for the issuance of the required permits.

The sources urged the public to be vigilant on the developments that will transpire on the mall project so that appropriate actions could be taken to protect the interest of the university and the grater majority of the town’s populace.

This post has already been read 152 times!TABUK CITY, Kalinga – With the voter’s registration extended, the Commission on Elections