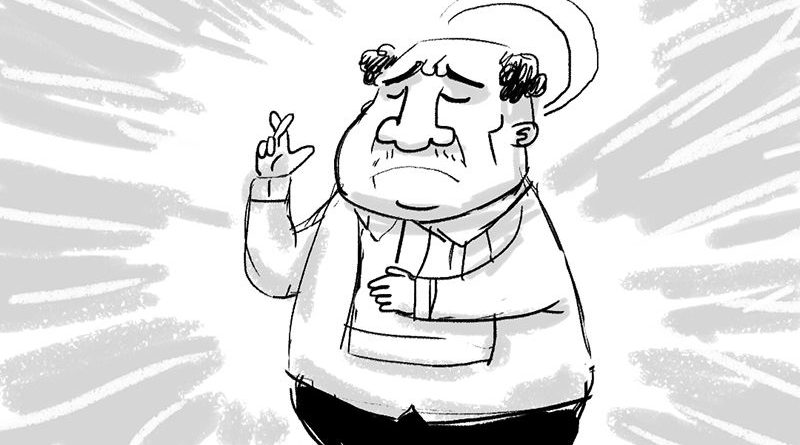 On the other hand, the barangays have a unique set up because the Punong Barangay will serve as the local chief executive, preside over the barangay council and chair the Lupong Tagapamayapa. That is why he or she should be multitalented are among the skills that he must possess for the delivery of quality public service to constituents.

It is safe to conclude that there is healthy relationship between the executive and he local legislative branches of the local governments if the true checks and balance or the proper discharge of their duties and responsibilities are exercised to the fullest. However, it is also safe to conclude that there is too much politicking when each of the branches of the local governments insist on their biased positions on certain issues and concerns confronting their areas of jurisdiction that is why there is a serious delay in the implementation of the local government’s priority development projects or even compromise the delivery of basic services to their constituents.

On the other hand, it has become as common joke among people that there are vice governors or vice mayors, especially when they do not belong to the same party with their local chief executives, that are simply praying that their leaders be incapacitated so that they will assume the top position in their localities and takeover from their rivals. In such cases, it will surely be the law of succession that will apply wherein the next in line will be the one to occupy whatever will be the vacated position. Admittedly, such scenarios exist in most of the local governments in the different parts of the country which could be one of the root causes of poor development considering that local chief executives cannot effectively and efficiently discharge their duties and responsibilities because of so-called obstacles which are often members of the local legislative body that serve as critics to the present administration. Relatedly, members of the local legislative body cannot insist the implementation of their resolutions and ordinance because the same are not aligned with the programs, projects and activities of their leaders and the sae are usually vetoed and no longer overridden due to the insufficient number of votes to do so.

For local chief executives who had been randomly interviewed, they claim that their local legislators criticize their administration primarily because they want to have the chance to put in place their priority projects in the list of projects that will be under the limited annual development fund of the local government. Obviously, spirants for all elective positions in the country have either over spent and under spent in the conduct of the elections that is why their primary intention once elected into office, regardless of the position, is to pay back political indebtedness or try to recover most part of the election expenses through kickbacks so that something could be used in bankrolling their political ambitions in the future elections, thus, corruption still persists in all levels of governance because of such inherent culture.

We certainly agree that no official occupying an elected post is a saint. If one was not able to spend a huge amount of money for his or her political machinery, he or she should have incurred numerous indebtedness which are now being paid back in terms of political accommodations, juicy contracts, fund grants among other modes of repaying political debt. Such scenarios had been evident over the past political exercises and for someone to claim that it is not happening in his or her administration is a big lie. We have new brand of leaders and public servants in our midst but their characteristics of being double-talkers, fault-finders, burning bridges, false promises among other bad traits of politicians have become evident at the early stages of being servants of the people. People who have expected too much from their leaders and public servants are now having second thoughts in believing what is being widely spread in social media. We certainly advise our people that the ones being circulated in social media by the accounts of politicians and their supporters aside from their hired troll armies re not Gospel-truths. We should learn to fact check so that we will be able to decipher which posts or true or not.

Let us not be simply satisfied by the everyday posts that we see because the social media practitioners hired by politicians coupled with keyboard warriors tend to appeal to your emotions just to sympathize with them but they’re actually telling and doing the opposite. Enough with talkative leaders. Let us just work and be contented with what we have and make a better come next election.