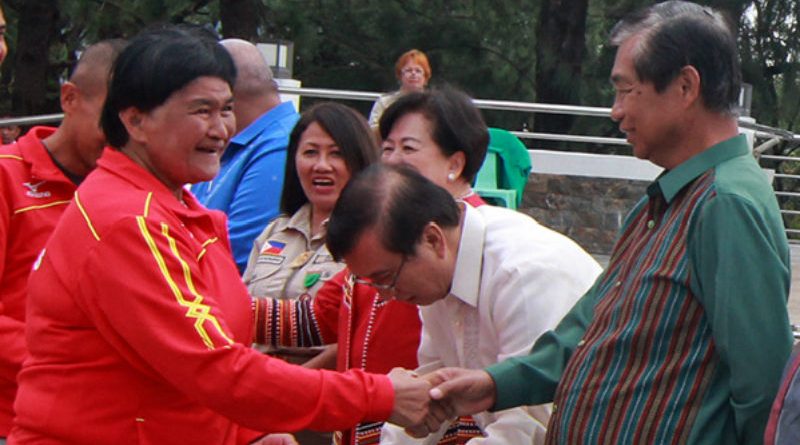 Erlinda Lavandia, even at her advanced age, keeps on stricking hard in sports as she added yet another feather on her athletic cap by bagging four gold medals in the Singapore Masters Athletics’ 40th Anniversary Track and Field Tourney and emerged as the Best Athlete in the event held last May 4 and 5, at Bokit Gombak Stadium in Singapore.

The 67-year old former police officer competed in the women’s 65-above category where she again displayed her wizardry in athletic events.

Lavandia, who is now based and training in Baguio City, has been a consistent medal hauler in various athletic competitions.

She made a name for herself in the sporting world mostly in the Javelin Throw event. Considered one of the greatest Javelin Throwers in the history of the South East Asian Games, the 1952, Surigao Del Norte, born Lavandia was a gold medalist at the 1977 SEA Games for the Philippines. She went follow this up with two more golds in 1979 and 1981.

By: ARMANDO M. BOLISLIS
Banner photo: Baguio officials honors Multi-medalist Erlinda Lavandia for winning a gold medal each in Javelin Throw and Shot Put events, and a silver medal each in hammer and Discus throw competitions during the International Senior Athletic Meet held in Rugao, China on September 22., 2017. Photo by Bong Cayabyab