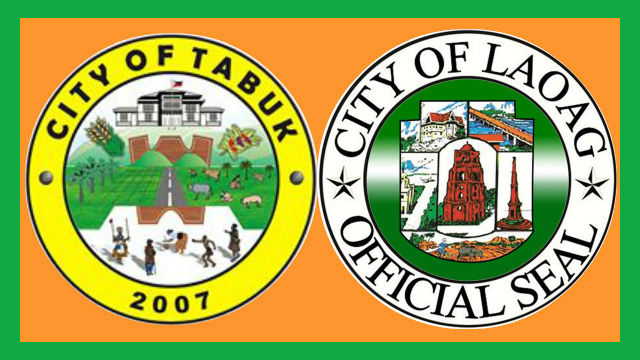 TABUK CITY, Kalinga  – In his message during the September 11 flag raising ceremony at the City Hall, Fariῇas said that his visit marked the formality of the sisterhood with Tabuk.

“My intention to make Laoag and Tabuk close to each other will promote friendship, goodwill and value of family,” the vice mayor said.

Another propose of the visit, he disclosed was to formally introduce the “Probinsyano Ako, Botes ng Ilocano’’ Partylist which he leads.

The Partylist, he said will serve as the voice of the Ilocano Community in the congress which is less heard by the national government.

‘’Let us support this Partylist because it will impact the lives of the whole Ilocano Community,” he said.

‘’Be proud of being an Ilocano. We must enjoy our rights and privileges,’’ Fariῇas said in a separate dialogue.

He also said that in case his partylist makes it in the 2019 National Elections, he will allocate P600,00O.00 financial assistance for the LGU.

He also informed that he will make it into a law the circular order issued by the Department of Interior and the Local Government (DILG) saying that barangay captains will receive P24,000.00 monthly salary while P10,000.00 for barangay kagawads and barangay secretaries and treasurers.

Fariῇas, who described himself as an open book and a hospitable public servant disclosed that the secret behind his howling success is having no secret at all.

Tabuk City Vice mayor Darwin Estraῇero, in his message said that his office will prepare a resolution requesting for the sisterhood with Laoag City.

Once approved, Estraῇero said that trade of products between the two cities is likely to be achieved.

“For goodwill, best interest and closer relationship among Ilocano-speaking provinces in Northern Luzon, the request for sisterhood is accepted”, Estraῇero informed.

Also present in the occasion was City Mayor Ferdinand Tubban who thanked the visitors for coming to Tabuk to express their willingness to be one of its sister cities which he believed can be successful and strong.

Tubban also confirmed his support and of the LGU to help the Partylist succeed in the next national elections.

He also made known of the several awards conferred to Tabuk City such as the Galing Pook since 2009 which he attributed to the peacekeeping efforts of the Matagoan Bodong Consultative Council (MBCC).

Laog City Information Officer Ramon Formantes disclosed that amongst the notable awards received by Fariῇas were the Outstanding Local Legislator of the Philippines (2016-2017) and the Best Quality Leadership Award (2014).

The visit was also accompanied by 21 Laoag City barangay captains.