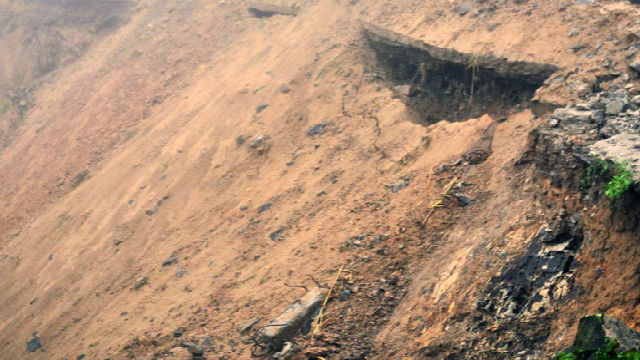 ITOGON, Benguet  – A landslide buried a husband and a wife in the morning of August 17, 2021 along Antamok River, Barangay Loacan in the mining town. Itogon police identified the victims as Nestor Talangcag, 54, miner and his wife Maureen Talangcag, 57, miner both resident of Beda, Loacan, Itogon, Benguet. According to the police, the couple was conducting gold panning at the river banks of the Antamok River prior to the accident. It was said that their son was with them. Suddenly, the side of the mountain in the area eroded. The husband and wife were buried with soil while their son managed to run immediately. The incident happened at 10:45 AM of August 17, 2021. Search and retrieval operation is ongoing by personnel of Itogon Police, Bureau of Fire Protection (BFP) Itogon, and barangay officials. Some of the residents also joined the search. By Dexter A. See