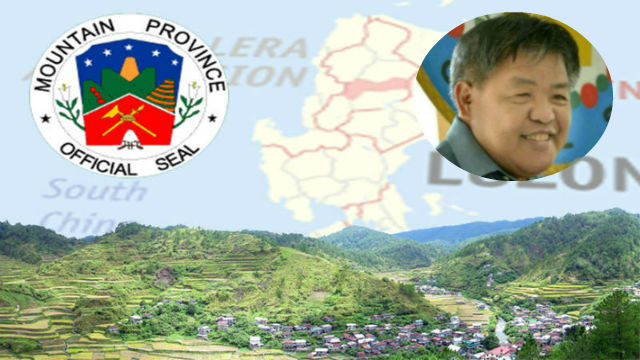 BONTOC, Mountain Province  – Governor Bonifacio Lacwasan, Jr. continues to visit his constituents in an effort to solicit their support to the programs of the provincial government. Last July 6, Lacwasan was in Sadanga for an audience with barangay and municipal officials. “I think it’s time to sit down with the people so that we could feel the real pulse at the grassroots,” the governor said.

The visit also coincided with the inauguration of three road concreting projects implemented in the municipality.  Officials and concerned officials called on the people of this northernmost town to cooperate and allow the implementation of development projects.

On the same occasion, Sadanga mayor Jose Limmayog called on land owners affected by infrastructure projects to give way to road right of way. “Problems on road right of way had been the stumbling block to development projects in the municipality. Had it not been because of the selfishness of some of us, we should have gone a long way,” Limmayog averred.

The mayor pointed to lined-up multi-million projects earmarked for the municipality but which up to now are yet to start because of road right of way issues. He said that the whole stretch of the Ampawilen-Poblacion road which connects the center of the town to the national highway would had been paved if concerned individuals were magnanimous enough to give way part their lands. “There was an appropriation from the initiative of late congressmen Maximo Dalog but was not implemented. The project could have eased the burden from those who traverse the road everyday most especially the farmers who transport their produce to the market,” the mayor explained.

Another project which remains to start is the Sacasacan-Belwang road opening. With funding from OPPAP, the project was stalled because some landowners refuse to allow the road to slice through their private properties. Belwang and its neighboring barangay, Bekigan, are the only barangays in the municipality without road access.

During an earlier visit by OPPAP officials however, Limmayog said that he has formed a team to talk things out with the affected land owners so that the project could start the earliest time.

The same sentiment was echoed by elders including vice mayor Joseph Apopot and provincial ABC president Paul Farong-ey who sits as an ex-officio member of the Sangguniang Panlalawigan.