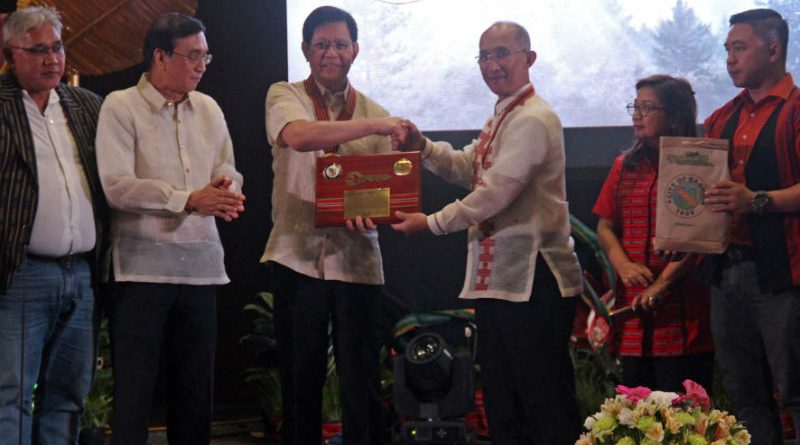 BAGUIO CITY  – Senator Panfilo M. Lacson urged residents of the city to value the importance of projects that are geared towards the preservation and protection of the environment to maintain its status as the country’s undisputed Summer Capital and sustain its cool weather that serves as a natural pull for people from the lowlands to visit the city.

Lacson, who served as the guest of honor and speaker during the 110th Baguio Charter Day program at the Baguio Convention Center, also advised the local government unit to give emphasis to the caring of the young trees that have already been planted aside from pushing for the planting of more trees for the benefit of sustaining efforts to preserve and protect the state of the city’s environment.

The senator pointed out that caring for the planted trees will ensure that the same will fill up the gap of greeneries in the city as envisioned under the government’s National Greening Program (NGP).

“In our annual budget, we allot some five billion pesos for the government’s greening program. For next year, what the government’s plan is to plant over one hundred million seedlings but the question here is where are the greens,” Senator Lacson stressed.

Lacson assured his all-out support to the programs, projects and activities of the local government in advancing efforts to preserve and protect the city’s environment because the city’s cool weather condition is derived from the presence of trees, thus, the need to further increase the number of trees that are present in available areas around the city.

He narrated that the present situation in the city is totally different from what it was in the late 1960s when he came to study at the State-run Philippine Military Academy (PMA) where there were still thick plantations of pine trees around the city.

However, he underscored that efforts to improve the state of the city’s environment amidst the influx of development is not yet too late because of the presence of people who continue to advocate for the sustainable implementation of environmental preservation and protection programs, thus, the need for residents to be always mindful in caring for the environment since it is the city’s natural asset that always spells the difference.

The lawmaker reminded people planting trees to make it a point to frequently visit the trees that they planted and make sure that they will grow but in case the planted trees will not survive, replace the same with new ones as part of their obligation to help in advancing the state of the city’s environment.

He commended the growing number of nature lovers not only in the city but also in the whole country because the existence of a well preserved and protected nature will allow the present and future generations of Filipinos to also enjoy the benefits of having a good environment and reap the fruits of what their ancestors have done in passing on to them a robust nature where they will be able to enjoy the God-given world.