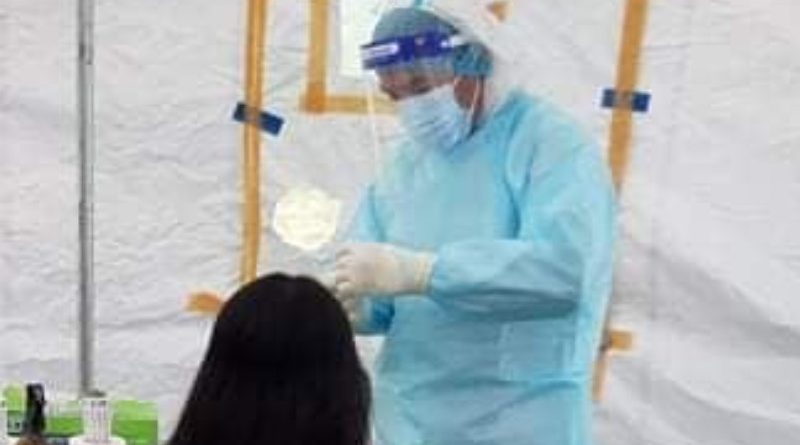 LA TRINIDAD, Benguet – The municipal government in partnership with the State-owned Bases Conversion and Development Authority (BCDA) will be conducting another round of mass testing in the municipality that will focus on the members of the vulnerable sectors to enhance the ongoing campaign to contain the spread of the dreaded Coronavirus Disease 2019 (COVID-19) aggravated by the presence of the new variant among the populace.

Mayor Romeo K. Salda stated that the mass testing will be done among the stakeholders of the La Trinidad vegetable trading post as there were some packers and porters who earlier tested for the deadly virus.

He said that the local government will try to maximize the use of the 400 reverse transcription polymerase chain reaction (RT-PCR) test kits that had been made available by the BCDA for the aforesaid mass testing activity to help ascertain the percentage of the population that has been infected with the virus.

However, he admitted that the efforts to sustain the conduct of the mass testing in the municipality is encountering stiff opposition from some religious sects because their pastors have vehemently opposed the conduct of the testing of their members aside from invoking that there is no COVID pandemic as there is no verse in the bible that states such instance.

The local chief executive disclosed that the members of the religious sects that do not believe on the presence of COVID and the subsequent conduct of testing are the ones that are against the aforesaid activity and that frontliners are having a difficulty of convincing them to avail of the free testing to ascertain whether or not they are infected with the virus.

Mayor Salda pointed out that it is not true that the municipal government is not cooperative to the efforts of the government to contain the spread of the virus as the municipality had been actively participating in previous aggressive community testing activities that had been sponsored by the BCDA.

According to him, the municipal government will continue to enhance the ongoing information and education campaign to convince residents to avail of the free RT-PCR testing for them to be able to have the necessary peace of mind to continue their daily economic activities geared towards earning income that will contribute in efforts to uplift the living condition of their families.

He urged residents to sustain their adherence to the prevailing implementation of the basic health and safety protocols in the municipality because it is still the best weapon of the people to contain the spread of the virus in their communities while awaiting for the arrival of the vaccine that will ensure their immunity from contracting the virus that will prevent them from compromising their health condition.

Among the existing basic health and safety protocols being implemented include the mandatory wearing of face masks and face shield, the observance of physical distancing, the practice of personal hygiene and the frequent conduct of disinfection and sanitation inside their offices and their homes as the same had been proven to prevent people from contracting the virus that is being transmitted airborne.

This post has already been read 591 times!LA TRINIDAD, Benguet –  Benguet Caretaker Congressman and Anti-Crime and Terrorism through Community