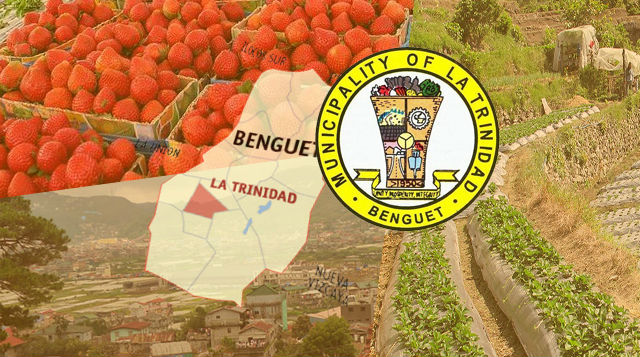 LA TRINIDAD, Benguet – The municipal government recently urged residents and tourists to sustain their adherence to the minimum public health standards with the ongoing easing up of restrictions following the lowering of the province status to alert Level 2 from March 1-15, 2022.

Mayor Romeo K. Salda stated that concerned government agencies and the municipal government do not want to lose the gains achieved over the past 2 years of coping up with the pandemic thus the easing up of the prevailing restrictions will be done on a staggered basis to avoid the occurrence of untoward incidents that might cause setbacks.

Earlier, the municipal government released the simplified events of this year’s celebration of the Strawberry Festival that will run from March 11-30, 2022 as part of the combined efforts to gradually and safely revive the local economy.

The municipal chief executive pointed out that the municipal government remains optimistic that Benguet will be included in the list of areas in the country that will be listed under alert Level 1 by the second half of the month to allow more tourists to the various tourist destinations which had been enhanced during the different levels of quarantine period.

According to him, municipal tourism industry stakeholders are eagerly awaiting the decision of the inter-agency task force for the management of emerging infectious diseases on the next alert level status of Benguet as they are ready to welcome more visitors.

Mayor Salda appealed to the residents and the visitors to understand that concerned government agencies and the local government are passionate in the implementation of the minimum public health standards to ensure public health and safety of the people and avoid the occurrence of untoward incidents that might compromise the health of anybody.

La Trinidad will be holding the traditional ritual for this year’s Strawberry Festival in the early morning of March 18, 2022 followed by a mass.

Further, local bakers will be showing their prowess in the preparation and baking of their respective versions of the strawberry shortcake during the Strawberry Shortcake Competition that will be held at the municipal hall grounds in the afternoon of the same day.

Salda asserted there is no way out of the doldrums but to revive and stabilize the economy from the damages inflicted on livelihoods of the people since the implementation of the Luzonwide lockdown over 2 years ago.