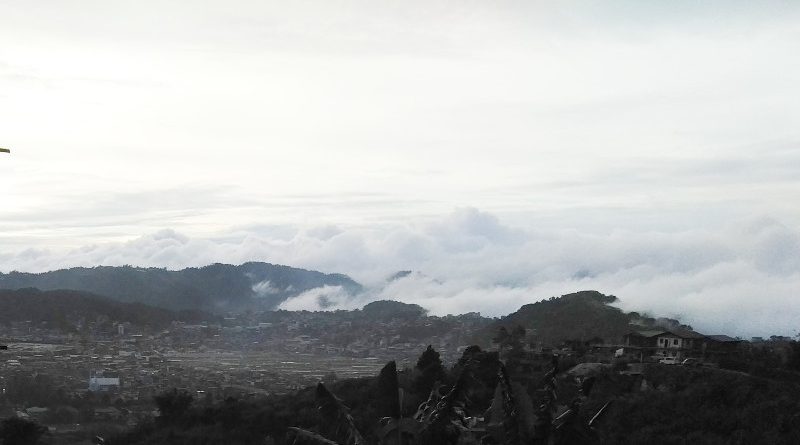 LA TRINIDAD, Benguet – The municipal government ordered barangay officials to strictly monitor the influx of tourists visiting the different tourist destinations in the municipality to ensure their adherence to the implementation of the minimum public health standards to abate possible future surges in Corona Virus Disease (COVID) 2019 cases.

While it is true that the municipality opened its doors for local tourists, Mayor Romeo K., Salda admitted that there are visitors from outside Baguio and Benguet that are allowed entry to Baguio city who are able to sneak into the locality as per the monitoring of concerned stakeholders that is why barangay officials were given instructions to look into their compliance to the minimum public health standards before they will be allowed entry to the said tourist spots.

He pointed out that the decline in COVID-19 cases in the province over the past several weeks should not be interpreted as means by which people will already be complacent about the improving situation because it might be just the calm before the storm.

Mayor Salda underscored that it is also important to find ways on how to effectively and efficiently revive the local economy which had been heavily impacted by the ongoing health crisis as many people had already lost their gainful employment and economic activities but what is important is for people to sustain their compliance to the implementation of the minimum public health standards.

Earlier, the provincial inter-agency task force for the management of emerging infectious diseases allowed the gradual and safe revival of the local economy by opening the province’s tourism industry starting with the local visitors to ensure the tourism sectors to start recovering from the serious negative effect of the pandemic.

According to him, proprietors of tourist destinations should also ensure that people visiting their establishments adhere to the implementation of minimum public health standards so that the continuous revival of the local economy will remain and that the opening of the local tourism industry to tourists from other parts of the country will be allowed in the future, especially with the upcoming Yuletide season where there will be movement of people wanting to go around after more than 2 years of having confined in their places due to the pandemic.

The local chief executive stipulat6ed that the town’s tourism industry have lost a significant income that should have been derived from the continuous operation of the tourism-related establishments but the same had b=to be sacrificed to help in sustaining the health and safety of the people.

Salda called on residents to continue strictly complying with the implementation of the minimum public health standards because it is still the best way on how to keep them away from contracting the deadly virus.

Moreover, He also urged residents to avail of the available vaccines to help spare them from severe infection that might compromise their health condition because the vaccine will be n added protection for them to be prevented from encountering a worst case scenario on their health condition.

For the past several weeks, COVID-19 cases in the municipality started to drop until such time that the local government decided to close the operation of some of its existing isolation units to save on cost as there are no more patients that are confined in the said facilities. By Hent