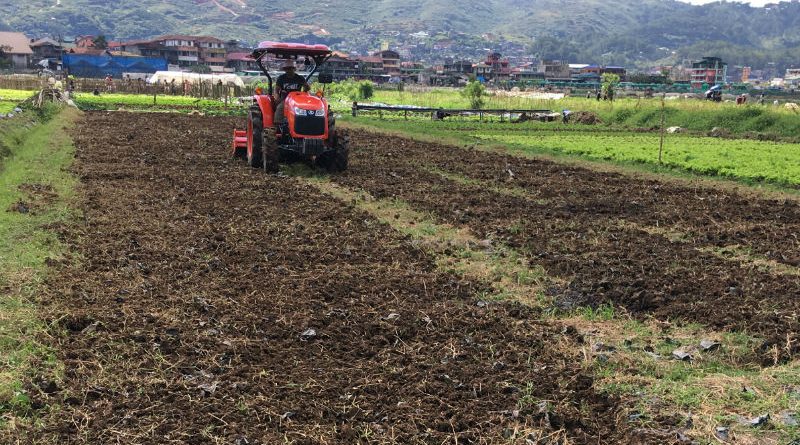 LA TRINIDAD –  The plight of farmers in La Trinidad, Benguet are now advancing through the grant of small livelihood project with one-million pesos worth of farm equipment by the Department of Agriculture’s Philippine Rural Development Project (PRDP).

In December 2014, former agriculture trainees from Japan formed into an organization with hopes of improving the situation of their fellow farmers in the valley.

Pultino added the association gained a net income of almost P40,000 in providing services to their fellow farmers in the valley by renting out the farm equipment they received from the project.

LATJATA received one (1) unit of four-wheeled, 24-horsepower farm tractor with complete land cultivation implements and two (2) units of brush cutter which were turned over to them in December 2018.

Meanwhile, members confirmed the use of these equipment not only reduces production time but also saves money on hiring extra farm workers.

As the association continues to provide farm mechanization services to the farmers in the valley, they plan to buy additional machineries to help more farmers and make farming further efficient.

With an aggregate cost of P35 million, the region has a total of 35 small livelihood projects on restoration/ rehabilitation under the I-REAP (Enterprise Development) component of the PRDP benefiting around five thousand farmer-members.