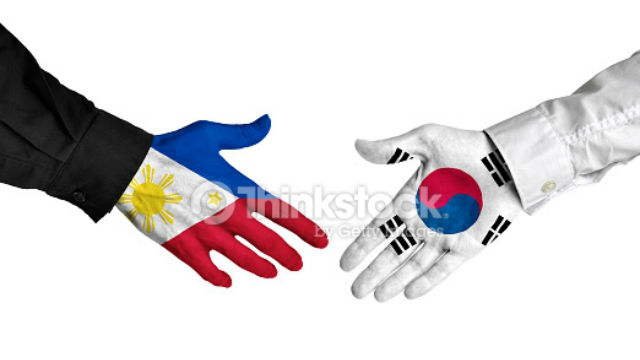 The Embassy of the Republic of Korea based in Taguig City donated an LCD projector and a screen to the Municipal Police Station (MPS) of Barlig, Mountain Province.

This was after PSI Barnard Bone F. Navarra, MPS-Barlig Acting Chief of Police, requested for these equipment to be used in their office. Accordingly, projectors are needed since they are intensifying their campaign on maintaining peace and security in Barlig by conducting conferences, training, and seminars. In this way, Navarra said that the locals would be made aware and subsequently, encouraged to take part in such campaigns.

The Korean embassy, headed by Guna Kwon who serves as the consul and police attaché, then coordinated with a Baguio-based Korean association which delivered the projector to Bontoc where the Barlig-MPS finally had it retrieved on August 4.

According to Navarra, the approval of the Korean embassy to their request manifests their gratitude to the Barlig-MPS for their successful effort in the case of a missing Korean tourist in Mt. Amuyao.

It will be recalled that a Korean tourist namely Choi Sungkyu was lost after attempting to hike Mt. Amuyao without a guide. In response, the local government units of Barlig in collaboration with the local populace and several Korean nationals conducted a massive search pursuit. However, it was Joselito Tucyap, a local farmer and hunter, who accidentally found him while hunting for honey. He then called on the authorities to have the Korean fetched and given medical attention.

“This act of benevolence is very much appreciated and for that, we commit to continue to harmonize civic relations with stakeholders and we shall not cease to provide the best police service to the community in our best efforts,” reads a statement of gratitude by MPS-Barlig as posted in their social media account.