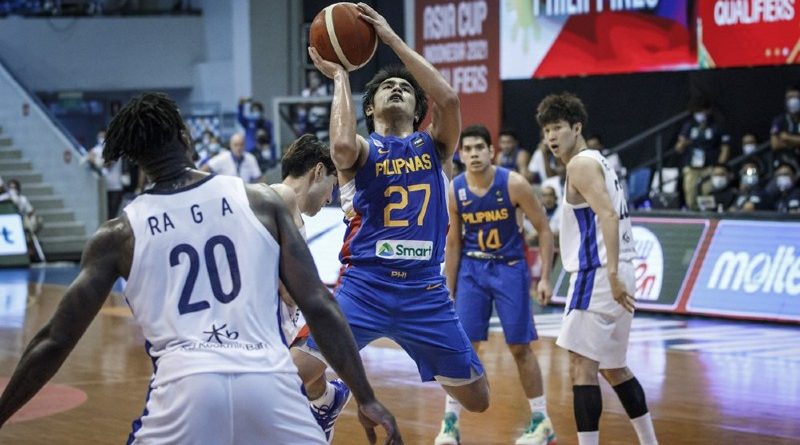 It doesn’t matter Korean Head Coach Cho Sang Hyun does not see the the Philippines a rival despite them absorbing twin loses during the FIBA Qualifiers held at Pampanga recently. Simply because in the hardcourt, the Koreans are the Philippines’ arch enemies.

Too bad he still doesn’t realize why. Or maybe he cannot accept the fact Gilas might be up to something that would tip the scales in the Philippines’ favor.

This guy doesn’t seem to get it. This rivalry is not about winning Asian tournaments. It’s not even about beating China, the perennial king of the region. It’s about a team that tries to defeat or be more successful than another.

For him and those who still don’t consider a rivalry between these two teams, here’s the case of the Red Sox and the Yankees, one of the fiercest, heated rivalries in all of sports.

These teams, being based in Boston and New York, belong in the same division in Major League Baseball. To secure a spot in the playoffs, each team has to have the best win-loss record in the division.

Simply stated, the path to success of a team hinges on the failure of the other. Their battles during the regular season is not for a World Series title. It’s for an opportunity to get there.

Such is the case of Gilas and the Koreans. A win over the other doesn’t necessarily mean a championship. It just means a clearer path towards a championship. Did Cho forget the Philippines was blocking their path in order to  have a date with China or Japan back in the days? Let’s include Australia, Iran, and New Zealand these days.

Just like the Red Sox and the Yankees. A win over the other would still mean they have to face other teams, possibly against each other again, in the American League. If they past that, there is still the National League champion to go through for a World Series crown.

Maybe Cho is accustomed of not seeing the Philippines as a real threat in regional meets, thus, the downplaying of the rivalry.

Well, Here’s the world series title count between the Yankees and the Red Sox: 27 to 9.

Looks lopsided, isn’t it? How about adding the fact that five of the Red Sox titles were won from 1903 to 1918 and the last four from 2004 to present which means there was an 84-year drought in the middle of it all.

It also happened that New York’s last title was won on 2009.

Boston, while inferior in total trophies, could brag now that they have been more successful recently. This include the fact that among the wins of Boston over New York is a 4-3 American League title win where they overhauled a 1-3 deficit, the first and only kind in all of baseball.

Cho may not realize it but despite Korea having a better overall record than the Philippines, it is under his watch that Gilas went 2-for-2 against his team in the same tournament.

Could he remember when was the last time a Korean team was beaten twice in a row by the Philippines?

The Philippines is definitely on the rise and might grab bragging rights in a moment as shown by their tall, talented young core.

How about the fact that foreign leagues are now noticing Filipinos as viable reinforcements.

Not to mention Filipinos are showing the Koreans they are no longer the ones who know how to shot the long bomb as a regular offensive option and accomplished something rare against the Koreans. Like the Red Sox.

Clearly, the presence of teams perceived to be better, stronger than both Korea and the Philippines do not disqualify them as rivals.

Steph Curry and Damian Lillard are not considered best players in the NBA as that belong to Kevin Durant and Lebron James. Still they are rivals because they seems to show each other off who can shoot better from a distance.

It is also clear there were too many close calls between these two teams that could have gone either way, majority of them going the Koreans’ way.

For that I could also label them as lucky for sinking several difficult shots in the dying seconds to win in the past but I won’t. They weren’t as Samjosef Belangel wasn’t when he fired that well-covered three-pointer which dealt the Koreans a loss in their first match.

That is the beauty of a rivalry. It’s two team going at it in the playing floor and the fans are entertained to the fullest.

For sure, the Koreans will not take this latest beating seating down and will be ready to give the Filipinos a rout the next time they meet.

Gilas, whatever their composition be at that time, better be ready for that onslaught.

This post has already been read 410 times!  Former Sen. Ferdinand ‘Bongbong’ Marcos, Jr. on Monday asked the government to