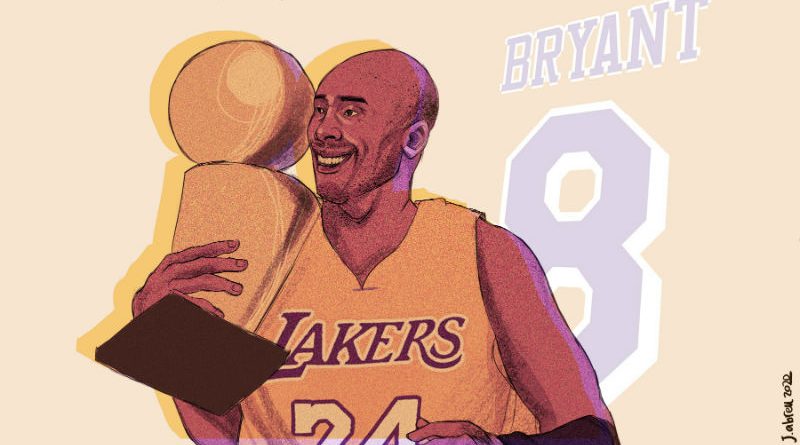 No doubt about it, the thing that will be mostly associated with Kobe Bryant now that he is gone would be the Lakers.

And why not, he practically spend nearly half of his life representing this organization, more than spending time with the family he grew up with or the family he built and was heading up to the time of his death.

That being said, much of his legacy, both in basketball terms or otherwise, will be forever associated with the Laker brand.

A lot of people think Bryant is. Here are some of the facts backing up arguments:

Another big group of people says it Magic Johsnon. Here’s why that might be so:

This title would go to Magic if it were up to me.

Bring team glory and championships are the measuring stick if we talk of team greatness. The championship trophy count is tied so I have to go to the swing factors.

How much did each guy benefit from playing with elite centers and can both still win the same amount of titles had they played with centers not named Kareem Abdul Jabbar and Shaquille O’neal, respectively.

It’s just a one game sample size but Magic did show he might still have as he punctuated a title run by starting and playing at center in Game 6 of the 1980 NBA finals when Jabbar was sidelined by injury.

Kobe, on the other hand, couldn’t get any championship run going except the time when he was playing with Shaq or the twin tower combination of Pau Gasol and a prime Andrew Bynum.

Besides, the other stats that is critical to team victory, shooting efficiency and the turnover ratio, favors Magic.

Although Magic played 440 less games than Kobe (906 to 1346), the 504 lesser turnovers (3,506 to 4010) should still standout because Johnson was more prone to turnovers because he was handling the ball more often as the point guard compared to Bryant’s shooting guard position.

A lot has been written about how Magic is the most likable Laker. He’s the often smiling, easy going person everybody like to get along with and suits the general atmosphere of a person living amongst the stars of Hollywood.

Kobe, on the other hand, is painted early in his career as this aloof, arrogant and difficult to get along with person who found a way to drive away Shaquille O’neal.

I find this in the reverse. Qualification: this is from the perspective of a Filipino NBA fan that is.

I came to like Kobe more than Magic because, for his entire reported attitude, he kinda gave importance to what I think is the most important element in a professional athlete’s career, the fans.

And the Filipino fans definitely got more than a fair share of attention from him.

As a Filipino fan, I think highly of Kobe and had a fond likeness for him because of his multiple visits to our country!

I know he has had more reasons to come here other than pleasing the fans but…. to visit the Philippines a reported seven times to Johnson’s two!?!

Those two Johnson visits weren’t even basketball related. The one in 1980 was reportedly intended to a visit for his wife who was at an American base while the second in 1995 was for an AIDS awareness program for the Department of Health.

I don’t need to remind everybody about what Kobe did while he was here and what effect they had for the Filipino fandom because they are well documented by several media outfits.

That’s more than enough reason to like Kobe, The Laker more than Magic, The Laker, for me.

Admiration of a “rival”

It is normal for a certain fan base to withhold saying good things about a rival.

That was true for me a Celtics admirer growing up, it was difficult then for a Laker to earn my admiration.

You see, the many Kobe-haters then and now do find ways to look for holes to criticize of his game.

Kobe easily changed my mind in recent years when he kept on travelling to this part of the world and replicate the love and admiration of the basketball-crazy Filipino fans.

Well, I’m not really sure the last part is true but, in my mind, that’s one of his motivations in visiting us so many times even during the peak of his career.

Nevertheless, I don’t really care. For me, his constant visitation here means he must have love Filipino NBA and basketball fans that love or hate him. In Steve Kerr’s words: “That’s my story and I’m sticking with it”.

By:  Armando M. Bolislis
Illustration by Renz Juno B. Abreu

This post has already been read 340 times!LA TRINIDAD, Benguet –  Benguet Caretaker Congressman and Anti-Crime and Terrorism through Community