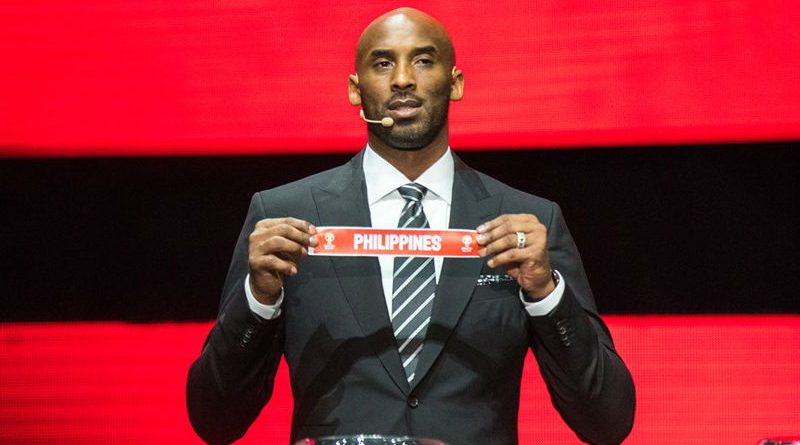 Kobe Bryant’s death left many around the globe in shock and in tears.

In the Philippines, he is revered by many because, first and foremost, a lot of Filipino basketball fans are Los Angeles Lakers followers.

Secondly, he was a frequent visitor in our country to promote the game, the NBA and also his personal brand.

Lastly, he was the ambassador of the last FIBA World Cup.

As a basketball player, he was equally loved and hated by many.

For Lakers fans, he is the intensity-filled, dependable cold-blooded assassin who willed his team to countless victories that led to five NBA championships.

For anti-Lakers fans, he was the aloof, arrogant, and trying hard Michael Jordan wannabe who won his five rings just because he happens to play with Shaquille O’neal and Pau Gasol.

Men say they care about what they will be remembered for when they finally left this world.

Let me try to give what I think of him. I will not go to things I don’t have personal knowledge about so this series stays mainly on things that he had done on the court, with a few sprinkles here and there from his achievements outside of it.

As part of my tribute for the fallen Lakers Star, I will first give you the attribute he is most know for, then I will throw in one that I believe I and only a few think of him as.

He is known as the Air Jordan clone

Whenever a person is tasked to fill-in the shoes of a great individual, it is always a difficult position to be in. It’s the reason I think of him much greater because he will never surpass the person he is emulating.

But if there was a person worthy of handing this intricate task, “The Black Mamba” was.

It was daunting that dared to attempt to mimic arguably the greatest basketball player ever to grace the hardcourt.

I couldn’t think of any other individual who has done what Kobe did in imitating Michael Jordan and come out with results that could even equal to his.

And his results are nothing but “Jordanesque”. Let’s see: five NBA titles along with countless highlight reels, clutch moments, and fan experiences that were usually associated with the Chicago Bulls.

Nobody could put a better claim than him when it comes to copying and representing another person.

Locals of the Cordilleras and the Ilocandias have a saying whenever somebody fails in representing another one: “Mangibabain!”, simply meaning “putting someone to shame”.

Kobe was never this. He proudly wore the Jordan trademark, displayed it to the viewing public when “His Airness” retired and was a worthy curator of the brand.

Kobe was also Larry Bird-like in some aspects

I think Kobe also shares a couple of traits associated with the Boston Celtic great.

Among the ways Bird overcame his lack of athleticism were by being a hardworker in practice and a reliable clutch performer.

He was the first to come, last to leave in practice; takes doses of 700-800 practice shots a day, witnesses say. Him running around the upper bleachers of the Boston Garden while his teammates shoot around down is one of the iconic images producers play whenever they make Bird documentaries.

When I heard the Lakers selected to retain Kobe over O’neal during their fallout and he changed numbers midway through his career, I feel Bryant has to have the same mentality as Bird in carrying his team on his back and must have back it up with Bird’s same training regimen to convince the Lakers to go with him.

I felt good about my theory after the 2008 to 2010 NBA seasons officially closed.

Flashback to 2008: While the NBA Finals featuring the Celtics and Lakers went six games, the Celtics put one over the Lakers in dominating fashion. Paul Pierce had his “Wheelchair Game” in Game 1; his partnership with Kevin Garnett, Ray Allen and the rest of the Men in Green overcame a humongous 24-point third quarter deficit in Game 4 to take a 3-1 lead; and finish off LA to the tune of a 39-point rout, the largest ever in an NBA championship-clinching game.

While being elated as a Celtics follower during my pre-writing days when I have to become neutral, I knew it would be different the next time they met the moment I saw Kobe’s body language from photos and camera shots after the game.

I had a feeling he’s going to outwork everybody in the offseason and is going to be ready to turn tables around.

2009: True enough, Kobe leads the Lakers back to the finals and Dwight Howard and the Orlando Magic, who eliminated the Celtics in the East, were no match for them.

2010: Kobe again carried the Lakers back to the Finals and faced the C’s in a rematch. The big difference in this one, it would be more evenly matched as bigman Andrew Bynum, who wasn’t a factor two years ago due to injury, is on the floor this time and offset Boston’s frontline edge.

The teams split the first two games in LA and Boston took two of the three games at home to go back to the Lakers home floor with a 3-2 lead.

While I felt good about the Celtics’ chances at this point, I felt they have to overcome Kobe in the next two games first and foremost. I knew he came prepared for this one and would simply refused to lose.

If the Celtics want to win, they have to take it away from him. The best way is to blow them out on their floor like they did in Game 6 of 2008 at home.

It was an ironic feeling for a Boston fan. If the Celtics allow Kobe stay within sight, he will slay them just as Larry Bird normally did for the Celtics opponents before.

Game 6: Kendrick Perkins suffers a serious knee injury during the first quarter that would render him out for the rest of the series.

This, I felt, tipped the scales in favor of Bryant. His team is going to grab more rebounds, and he’s going to get more shot attempts. Just what he needs!

Lakers instead blow the Celtics off the court with an 89-67 victory with Kobe scoring a game-high 26 points.

While easier said than done, if they pad this or at least nurse it till late in the fourth, championship number 18 in is the bag.

All they do is not allow the Black Mamba any room to make the damaging counter punch.

It wasn’t meant to be. The Celtics let him stay within sight!

His Laker teammates orchestrated the comeback during the later part of the third and set up Kobe to drive the final nail in the coffin.

He then went on to do his thing as he poured in 10 of his game high 23 point in the fourth, although still finishing 6 of 24 from the field, for his fifth career title.

His performance in the entire series earned him his second straight Finals Most Valuable Player Award.

I always had this feeling in order to be like Larry Bird in closing games like these, Kobe must have been outworking everybody even though he was the athletic opposite of Bird.

I was not surprised when I recently saw an episode of “Speak for Yourself”, an American sports talkshow, where host Jason Whitlock shared my theory: Kobe Bryant indeed worked hard like Larry Bird!