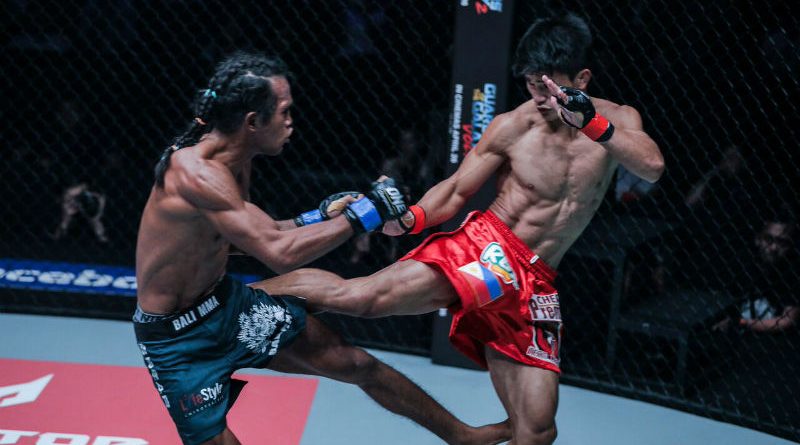 Danny Kingad will be back in action in the cage as he takes on Mongolia’s Hexigetu on July 29 at ONE: Conquest of Kings at the GOR Kertajaya Arena in Surabaya, Indonesia.

“The King” remains undefeated in five professional fights, three of them in a ONE cage.

The former 2015 Regional Wushu Champion TKOed Muhamad Haidar in the first round during his first ONE appearance, followed it up with a first round armbar submission victory against fellow Filipino Eugene Torquero, and decisioned Muhammad Aiman in the Kings of Destiny Manila event.

The warrior from the mountains of the Cordilleras will again rely on his tremendous striking and wushu skills against Hexigetu, a mainstay of China Top Team.

The 32-year-old Hexigetu of Inner Mongolia, China, is a professional martial artist with a record of four wins and two losses. With an inherent ability to strike and grapple coupled with a highly-aggressive style, Hexigetu is eager to join a deep roster of talent to seek success inside the ONE Championship cage.

Elsewhere, Joshua Pacio and Eric “The Natural” Kelly will try to improve their already impressive records as they make the draw of ONE: Kings & Conquerors this August 5 in Macau.

Pacio is looking to bring himself back to title contention with another victory as he is slated to lock horns with Hayato Suzuki of Saitama, Japan.

Kelly is coming off back-to-back losses and is attempting to get back on track against tough South Korean, now Japan based striker Kotetsu “No Face” Boku.

ONE bouts and events are broadcasted by two of the biggest TV stations in the country.