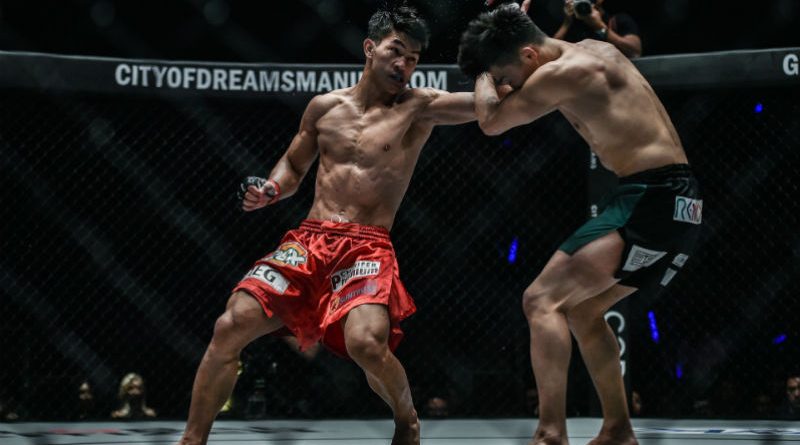 While second-ranked ONE Championship flyweight contender Danny “The King” Kingad is patiently awaiting his turn to don the 4oz. gloves once again and step into the Circle, he finds himself keeping a close eye on an upcoming fight between  two of his former foes.

The Team Lakay stalwart and former World Title challenger will have to be contented on the sidelines while watching #5-ranked contender Reece “Lightning” McLaren facing #4-ranked contender Yuya “Little Piranha” Wakamatsu in the co-main event of “ONE on TNT III,” a previously recorded event from the Singapore Indoor Stadium in Singapore which airs this Wednesday, April 21, Thursday, April 22 in Asia.

Kingad recently weighed in on his thoughts on the matchup, having faced and defeated both men in the past.

“I think the Reece McLaren versus Yuya Wakamatsu fight is going to steal the show at ‘ONE on TNT III.’ It’s an interesting fight between a very dangerous grappler and a powerful striker. I think fans are excited to see this one,” said Kingad.

“Having fought both guys in the Circle, I know how talented each one is, and kind of have an idea how this fight is going to play out.”

Kingad took care of business against Wakamatsu in 2018, dominating the Japanese fighter to win by three-round unanimous decision. He faced McLaren almost a year later, scraping by via split decision in a more competitive bout.

“The King” has a good feel for both guys and has an idea who will emerge victorious in this highly rated flyweight affair.

“Reece is such a talented grappler and I know how tricky he is in certain situations. Once he gets you on the ground, it’s his world, and if you don’t have the experience, he’s going to put you in a rough spot,” said Kingad.

“Yuya, on the other hand, is a very different fighter. He has the advantage in striking, obviously. He has that one punch knockout power and is very fast. I think this fight will really just come down to who executes on their strengths more.”

“ONE on TNT III” is the third of a four-part event series broadcast from the Singapore Indoor Stadium. In the main event, #1-ranked bantamweight contender John “Hands of Stone” Lineker faces Troy “Pretty Boy” Worthen.

The “ONE on TNT” series airs every Wednesday in the United States for four weeks.